Total lunar eclipse Saturday morning: What makes this one special 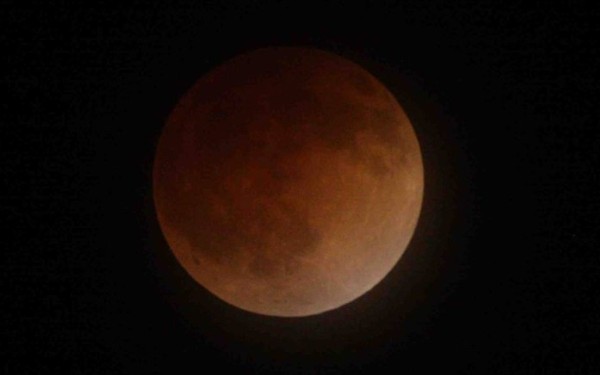 There's a total lunar eclipse coming up early Saturday morning [April 4] and you don't want to miss it.

In order to see this one you are going to have to keep your eyes on the clock. The moment of totality, when the entire moon is bathed in the Earth's copper-colored shadow, will begin at 4:58 a.m. Pacific time Saturday and it will last for just under five minutes.

That makes it the shortest lunar eclipse of the century.

Saturday's eclipse is so brief because the moon will pass through the upper part of the Earth's circular shadow. If the moon had traveled across the center of the shadow, the eclipse would last longer. (The NASA video embedded here has a good illustration of this.)

The celestial show will get going at 3:15 a.m. Pacific time when the darkest part of the Earth's shadow begins to fall on the moon. Over the next hour and 45 minutes you can watch as more of the moon becomes engulfed by the Earth's shadow until finally the entire lunar disk is covered.

After totality ends, a partial eclipse will still be visible until about 6:45 a.m.

If you live in the Eastern U.S., the moon will set before you are able to enjoy the total eclipse. If you live west of the Mississippi, you will at least be able to see totality, but only those on the West Coast of the U.S. will be able to see the whole thing from start to finish.

Remember that even when the moon is covered entirely by the Earth's shadow it will appear reddish in color, rather than black.

That's because when the Earth moves directly between the moon and the sun, the scattered light from all the sunsets and sunrises on the rim of our globe still make it to the moon's surface.

"If you were standing on the moon during a total lunar eclipse you would see the Earth as a black disk with a brilliant orange ring around it," said Alan MacRobert of Sky and Telescope magazine. "And this brilliant ring would be bright enough to dimly light up the lunar landscape."

The reddish color has led some people to dub the lunar eclipse a "blood moon."

If you feel like there have been an awful lot of total lunar eclipses - or blood moons - lately, you are exactly right. Saturday's eclipse is the third total lunar eclipse in less than a year. The first two occurred on April 15 and Oct. 8 last year. A fourth will take place on Sept. 28.

Astronomers call a series of four eclipses each separated by a span of six months an eclipse tetrad, and it is a rare event. The last one occurred 10 years ago and the next won't take place until 2032, according to Sky & Telescope.

So fight your lunar eclipse fatigue and set your alarm for early Saturday. You won't need any special equipment to enjoy the eclipse - just a clear sky and a good view of the moon.

And when you are climbing out of your warm, cozy bed, just imagine how awesome you will feel by the end of September when you will be able to say that you saw all four lunar eclipses of the 2014-15 tetrad.