Can Josh Hamilton be disciplined? MLB waiting to hear from arbitrator 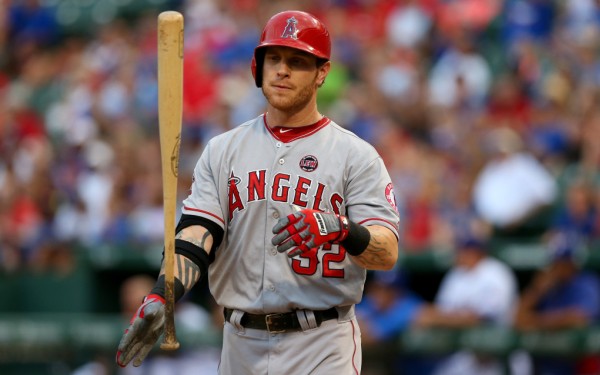 The arbitrator empowered to decide whether Josh Hamilton violated baseball's drug policy has yet to issue his ruling, forcing Commissioner Rob Manfred to wait and see if he has the authority to discipline Hamilton.

Hamilton reported a relapse in his battle with substance abuse. If the arbitrator determines Hamilton has not violated his treatment program, Manfred would have no authority to suspend the Angels outfielder, and the matter would be considered closed under baseball's drug policy.

The decision from the arbitrator is expected shortly, perhaps as soon as Friday. The pending nature of the decision was confirmed Thursday by two people familiar with the matter but not authorized to discuss it publicly.

In an interview with Sirius XM, Manfred said a decision on discipline probably would come “shortly after” opening day.

“I think that we'll have something on Hamilton in relatively short order — probably has been a little slower just because he's not available to play,” Manfred said.

If the arbitrator rules that Hamilton violated his treatment program, Manfred is believed to be prepared to levy a suspension soon thereafter.

Hamilton is recovering from shoulder surgery, and the Angels did not issue him a locker in spring training.

When the team returned to Angel Stadium on Thursday, Hamilton's locker had been given to infielder Johnny Giovatella — a move explained by a club official as a way to accommodate the extra players in town for the Freeway Series against the Dodgers.

Hamilton met with baseball officials in New York on Feb. 25. As The Times reported March 4, a four-person treatment board — with two members appointed by the commissioner's office and two by the players' union — had deadlocked on how to handle Hamilton's case, necessitating the appointment of the arbitrator.

The policy also empowers the treatment board to consider the player's test history, his evaluation by medical professionals, and his willingness to consider “additional treatment options such as inpatient therapy.”

Hamilton is scheduled to make $25 million this season, the third of a five-year, $125-million contract.

If he is sent into a rehabilitation program, he would be owed his full salary for 30 days, then half his salary for the next 30 days — a total of $6.2 million. If he is suspended and not in treatment, he would not be paid. However, it is unclear whether the Angels would have to pay Hamilton at all if he previously entered a rehabilitation program that lasted at least 60 days.

Hamilton, 33, has batted .255 with 31 home runs in his first two years in Anaheim. His primary replacement in left field is expected to be newly acquired Matt Joyce, with C.J. Cron and Collin Cowgill also getting at-bats that otherwise would have gone to Hamilton.

“It's going to open up some opportunities,” Manager Mike Scioscia said. “We're deep enough on the offensive end we should be OK.”

Scioscia declined to speculate on Hamilton's future before a resolution of the issue with MLB.

“We're going to take it one step at a time,” Scioscia said. “Josh isn't ready to play baseball right now. We're kind of business as usual. You can't answer questions until you're sure exactly what is going to happen.”