The power of comedy is subplot in agency war 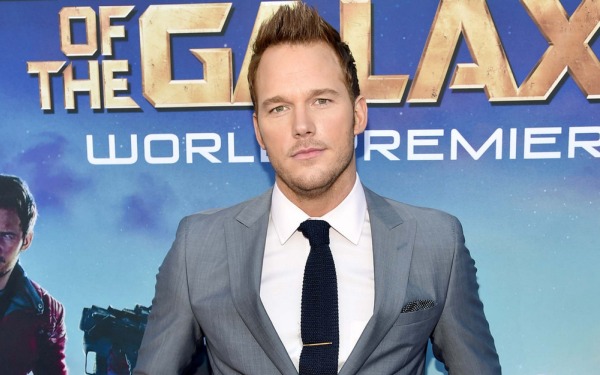 Chris Pratt is one of the key actors involved in the agency dispute.
(Credit: hitfix.com)

The defection of top agents from Creative Artists Agency to the smaller United Talent Agency this week has underscored the growing importance of comedy — and versatile comedic actors — to the entertainment business.

CAA filed a lawsuit against UTA Thursday after at least 10 of talent agents — including Jason Heyman and Martin Lesak, who had run Century City-based CAA's comedy division for nearly a decade – left with key clients. They brought to UTA some of Hollywood's biggest comedy stars, including Will Ferrell, Chris Pratt and Ed Helms, who eventually should help the agency increase its revenue because of their lucrative contracts.

CAA, which called the move a "lawless midnight raid" by UTA, was fighting to hold on to "It" funnywoman Melissa McCarthy, whose agent was among the defections to UTA.

"Comedy is an extremely valuable genre," said Jason Squire, a professor at the USC School of Cinematic Arts and former executive at 20th Century Fox and United Artists. "There's a huge amount of money at stake here — box office earnings, ancillary values of syndication rights, tour monies — there's a lot to bank on. It's a big coup."

Only a few years ago, some people in Hollywood were writing off UTA as too small to compete in a rapidly consolidating agency world. Now UTA, which is privately owned by its partner-agents, is poised to be a juggernaut.

The recent additions should help UTA, which was formed in 1991, reclaim the comedy crown it held during its heyday in the early 2000s.

Then, it boasted such as stars Ferrell, Dave Chappelle, Drew Carey, Ben Stiller, Jim Carrey and Jason Alexander as well as a stable of writers behind some of TV's biggest sitcoms.

UTA took a hit in that sector in 2005 when its then-agents Heyman and Lesak defected to CAA (along with Ferrell).

This time, some of the agents were motivated to move, in part, because they chafed under the hierarchy of the established CAA, which was formed in 1975, and believed their clients sometimes had to take a back seat to those who were represented by senior partners, according to one person familiar with the situation who was not authorized to discuss it.

The current economics of Hollywood also are behind the increased appetite for comedic talent and the rise of UTA.

Comedies are among the most lucrative hits on TV and can generate hundreds of millions of dollars in profit in syndication.

Separately, the film business has been under increased financial pressure and studios are taking fewer risks at the box office. That has led to more expensive tent-pole films, many of which are spun from well-known intellectual properties, such as comic book superheroes.

Mid-budget comedies have maintained their appeal because they continue to be reliable moneymakers for studios.

During the last week, for example, Warner Bros.' movie "Get Hard" starring Hart and Ferrell raked in nearly $40 million in ticket sales. Fox's "Night at the Museum" starring Ben Stiller made more than $350 million internationally.

Sony Pictures has high hopes for this month's "Paul Blart: Mall Cop 2," a sequel to the 2009 mall security guard caper starring Kevin James that earned more than $180 million at the box office.

Comedy stars are the bait used to attract large audiences. Behind the dollar signs is a devoted audience who, in some cases, have followed the comedians from their early beginnings on the stand-up circuit, on TV, or — as is increasingly becoming the case in today's landscape — online through YouTube videos or other social media platforms.

Humor plays better than drama on the Internet, where comedians such as Aziz Ansari and Louis C.K. have expanded their followings.

Comedy plays better among younger audiences — the crowds that movie studio chiefs depend on to make their numbers.

"Comedy really is personality-based, charisma-based," Dergarabedian said. "You really have to win over the audience. And when you do, they follow you anywhere because they feel these stars are accessible and relatable."

Case in point is Pratt, who is one of the fastest-rising stars in Hollywood. The 35-year-old actor who joined UTA this week was the star of two of last year's biggest films, Marvel's "Guardians of the Galaxy," which grossed $774 million worldwide at the box office, and Warner Bros.' "The Lego Movie," which took in more than $450 million.

Hollywood insiders now are waiting to learn whether McCarthy will join the exodus from CAA. Since she stole the show in "Bridesmaids," four years ago, McCarthy has appeared in a series of hit movies, including "The Heat" with Sandra Bullock and "Identify Thief" with Jason Bateman.

She is preparing for a movie next year called "Michelle Darnell," which is based on a skit that she performed at the Groundlings a decade ago.

There are other reasons that comedies are working well. Since the recession, comedy clubs have been packed because consumers have been looking for a break from world politics and the pressures of everyday life, said Jamie Masada, the owner of the Laugh Factory.

"People want to laugh," Masada said. "I get frequent calls from the networks and studios, asking: Jamie do you have any new people? The industry has discovered that comedy is the most inexpensive way to make money."