Sizing up the Angels' roster 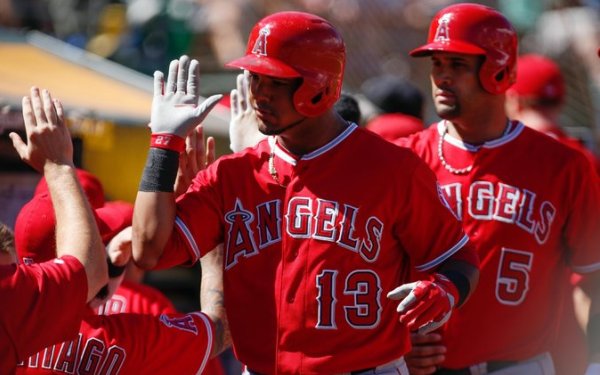 27; Mike Trout; CF; R/R; 23; Unanimous choice for AL MVP could be even more productive if he cuts down on AL-leading 184 strikeouts.

58; Jose Alvarez; L/L; 25; Rebounded from elbow problems that sidelined him for much of 2014 with strong winter-ball season in Venezuela and sharp spring.

8; Taylor Featherston; INF; R/R; 25; Hasn't played above double A, but versatile speedster is first Rule 5 pick Angels have carried on roster since Derrick Turnbow in 2000.