Roku now tracks when price of streaming a movie goes down 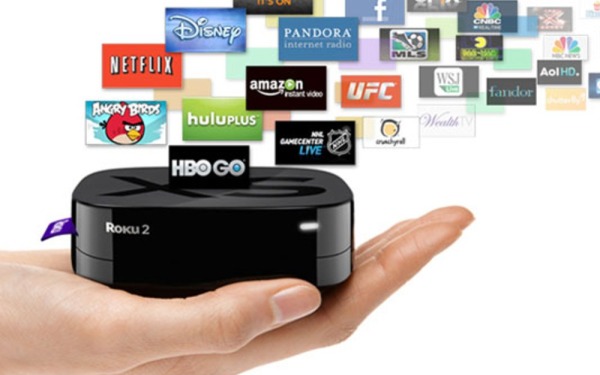 Roku media players will now alert users when the price of a movie they’re interested in watching goes down.

It’s one of several features announced Monday aimed at helping Roku keep pace with and distinguish itself from competitors such as Google Chromecast, Amazon Fire TV and Apple TV. The devices allow apps such as Hulu, Netflix and WatchESPN to be accessed on a television screen.

Searches on Roku comb for content across 17 of the more than 2,000 channels available and will list results in order of lowest price to highest. In addition, the high-end $100 Roku 3 box received a new remote Monday that includes a microphone for voice-based searching. Some competitors already had the feature. The mid-tier Roku 2 box won’t have a remote with a microphone, but voice searches can be done through a mobile app. The $70 box should be “snappier” because of a hardware revamp, Roku said.

But the update users could come to like the most are availability and price alerts. Roku is starting out with just movies. Users select a list of movies they want to watch, and Roku presents a list updated four times of day that notes when one of the selected titles becomes available for rent or purchase on a new app or when it sees a reduction in price. The Roku “feed” will arrive on new and old players and televisions running Roku software sometime this month.