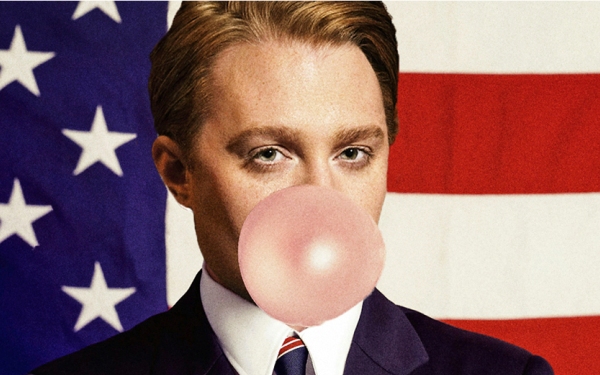 PASADENA, Calif. — Clay Aiken placed second on the sophomore season of "American Idol" that aired in 2003. After a string of album releases, a stint on Broadway and touring, the North Carolina native decided to run for office in the state's 2nd Congressional District.

He came in second to Rep. Renee Ellmers.

Aiken's second-place finish serves as the basis for his new Esquire Network series, "The Runner-Up." The documentary series takes a look at one of the most unique political campaigns of the past election year. Aiken struggles with his desire to be seen as a viable candidate and his need to convince voters to take him seriously.

The well known runner-up talks about the series and his career.

Question: Would you have done anything differently in your campaign?

Q: How much did it matter the president didn't campaign for you?

A: I'm new. This was my first campaign, which is probably pretty evident, if you see this. You run a campaign based on what constituents you are trying to serve. I don't think we ever expected for a second that President Obama was thinking, hey, I'm going to stump for Clay Aiken. I just don't think it was on his radar. Far bigger fish to fry. So it wasn't a part of the discussion necessarily.

Q: Did you feel like you had a chance?

A: There were moments throughout the year where I thought I got this in the bag. We're going to win this. We're going to win it. And now with the clarity of looking back, I think that you live in a bubble when you're in a campaign, and all the stimulus that comes at you is usually positive and makes you feel like we're going to win.

Q: Did you honestly think you could win?

A: That's a tough question. I certainly don't want to think that way. Obviously in retrospect, you look back and wonder was it possible. It's a very difficult district. I don't want to believe that it's unwinnable, because if someone doesn't run, then we don't have the opportunity to make that change. So I like to believe that all races are winnable if you get your message out there.

Q: How important were gay issues to your campaign?

Q: Would you run again?

A: I ran because I thought it was important to try to use what platform and microphone I had, the voice that I had to bring attention to issues. I have learned so much in one year that I also recognize that there are a lot of weaknesses in the political process. And I've learned that it might be possible, it might be even easier to make change or effect change outside of the political, outside of elected office. Does that mean I won't run again ever? No. But does it mean that I recognize that's not the only way to effect change? Certainly.