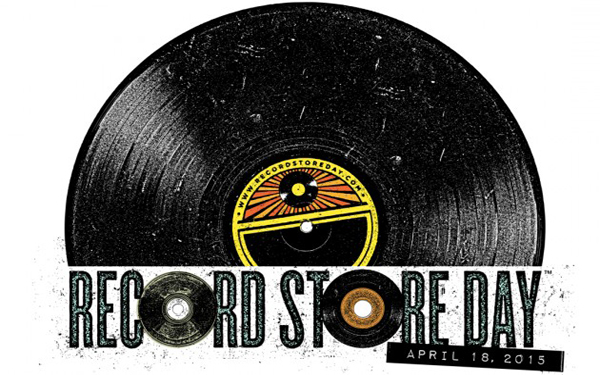 Before the digital revolution allowed every cargo-pant-wearing college student to cruise from class to class while listening to The Pixies, music was tangible. You actually had to go to the store, as opposed to Spotify streaming or illegal downloads, to purchase a physical copy of your music. Some would argue that digitalization made music cold and lifeless, despite the power to carry thousands of songs in your pocket. Music purists maintain that there is no substitute for the warm, right-there-in-your-living-room sound of vinyl.

For those nostalgic of actually owning a physical album, Record Store Day is like Christmas morning. On April 18th, record stores across the U.S. and Europe will be selling unreleased vinyl by a variety of artists spanning from the Foo Fighters to Johnny Cash, Springsteen to A$AP Rocky and Cypress Hill to Sinatra. This year’s Record Store Day Ambassador is none other than Foo Fighters front man, Dave Grohl. “I believe that the power of the record store to inspire is still alive and well, and that their importance to our next generation of musicians is crucial,” wrote Grohl in acceptance of his nomination.

Local, independently owned record stores were once the epicenter for musicians and fans alike to discover and discuss new artists. And with vinyl resurging as a viable medium, aside from being a nostalgic novelty, these shops are still asserting a deserved dominance. “Vinyl is the real deal,” said Jack White, musician and owner of Third Man Records who are releasing a 10-inch of Elvis Presley’s first recordings on the 18th. “I’ve always felt like, until you buy the vinyl record, you don’t really own the album. And it’s not just me or a little pet thing or some retro romantic thing from the past. It is still alive.” Below, we explore the most exciting releases for this year’s Record Store Day and where to find them in Los Angeles.

When Amoeba opened the doors of their largest location ever on Sunset Blvd., it became clear who the king of records was in Los Angeles. With two stories occupying an entire block in downtown Hollywood, Amoeba is like the Costco of record stores minus the $1 hotdogs and ugly American consumerism. And with regular in-house concerts, Amoeba is a perfect place to spend an afternoon flipping through stacks of records.

Dedicated to everything pre-digital, The Record Parlour is a hub for vintage jukeboxes, old-school audio gear, music memorabilia and of course, vinyl. Having opened just two years ago, the shop has become a staple with Hollywood music fanatics and beyond. Aside from a collection of over 15,000 vinyl records for sale, The Record Parlour is like walking back in time with miscellaneous mementos of music’s past.

As a record label and store combined, Origami specializes in releasing new and local artists in nostalgic, eargasmic vinyl. And what better place to do so than in the artistic mecca of Echo Park? The shop is neighbor to The Echo, one of the premier spots in L.A. to see up-and-coming artists in a small, intimate venue. But don’t let the name fool you; practicing Japanese paper-folding art is not recommended with vinyl records.

WHAT TO LOOK FOR

The White Stripes, Get Behind Me Satan

In Atlanta, Hendrix performed to the largest audience of his career, opening with his rendition of the Star Spangled Banner at midnight on the Fourth of July. Relive what was surely a legendary event with live recordings of “Freedom” and “Purple Haze.”

Fans anticipating Lord Flacko’s newest album (scheduled for release later this year) should ease the pain of waiting with this shiny new 7-inch. And shiny it will be. The Harlem rapper and style master is releasing the album in all white and a classy packaging.

You read that correctly. No typo here. J. Tillman, the former Fleet Fox turned solo act, will release an alternate version of his recent album’s title track, “I Love You, Honeybear.” Along with that, the album comes with a new tack, “I’ve Never Been a Woman.” Oh, and the album will be heart-shaped so, you know, awwwww.

Recorded by Barrett Jones, who co-produced the Foo Fighters’ debut album, this new 10-inch will feature a blend of old, new and random tracks. Old: “Big Me” and “Alone + Easy Target.” New: “Empty Handed.” Random: a cover of Kim Wilde’s hit “Kids in America.” But hey, he’s Dave Grohl. He can do what he wants.

Having ditched the folky banjos for electric guitars, Mumford & Sons’ upcoming album, Wilder Mind, has sparked both excitement and worry. Can they still make us feel raw emotion and heartbreak in this new medium? With the release of two songs from the album, “Believe” and “The Wolf,” fans will find out.

Perhaps playing Elvis in Dewey Cox: Walk Hard had a strong impact on Jack White. Perhaps it was just his music. Earlier this year, White bought Elvis’ first-ever recording for $300,000 at auction. Now, he’s releasing it for the public to enjoy.