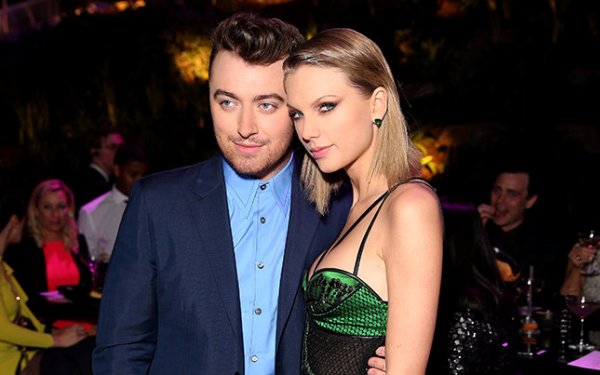 There are no surprises at the top of this year’s Billboard Music Awards nominees.

Taylor Swift and Sam Smith lead the charge, each landing nominations for top artist and top Billboard 200 album and Hot 100 song. Swift also pulled down a nod for top female artist, and Smith for the male equivalent for the magazine’s revived annual awards show.

One Direction, Ariana Grande and Katy Perry are up against Swift and Smith for top artist. Maybe grieving One Directioners will flood the phone lines to petition for a formal Zayn tribute?

The only curious entry in the upper ranks of the awards is the pop-a-cappella group Pentatonix, up for Billboard 200 album against more traditional acts such as Ed Sheeran and Maroon 5.

These awards, which went dark from 2007 to 2011, are one of the last in a sea of awards shows that only gets more crowded each year. Winners are determined by a set standard of popularity measurements — think all the fan frenzy of the American Music Awards mixed with all the skullduggery of Grammy voting.

According to Billboard, their metrics are “based on key fan interactions with music, including album and digital singles sales, radio airplay, touring, streaming and social interactions on Facebook, Twitter, YouTube, VEVO, Spotify and other popular online destinations for music. These measurements are tracked year-round by Billboard and its data partners, including Nielsen Entertainment and Next Big Sound.”

Though perhaps the enthusiasm has already led to some thumbs on the scale for the nominees. Note that currently, for what it’s worth, the site’s Wikipedia page shows Justin Bieber as a five-time consecutive winner of the Milestone Award, all the way through 2017.

The telecast will air live on May 17 from the MGM Las Vegas. Ludacris and Chrissy Tiegen will host, so expect plenty of salty, good-natured banter about yet another awards show honoring the already well honored.