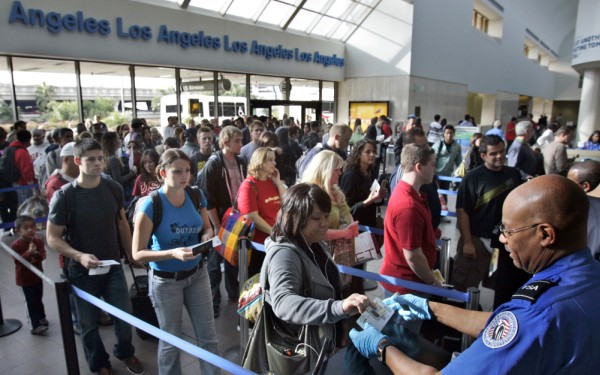 Travelers nationwide left about $675,000 in loose change at airports in the last fiscal year, and nowhere was that forgetfulness more costly in California than at Los Angeles International Airport, the Transportation Security Administration reports.

Where does the money come from?

Your pockets, mostly. Occasionally passengers forget or don’t bother to pick up the pennies, nickels and quarters they dig out of their pockets and put in the plastic bin that passes through the luggage scanner as they pass through metal detectors.

“TSA makes every effort to reunite passengers with items left at the checkpoint; however, there are instances where loose change or other items are left behind and unclaimed,” the TSA said in a statement. “Unclaimed money, typically consisting of loose coins passengers remove from their pockets, is documented and turned into the TSA financial office.”

Where does the money go?

Back into the TSA. In 2005, Congress gave the agency authority to put the money it collects from airport checkpoints back into security operations.

How much of that money comes from California airports?

California’s 10 biggest airports collectively pulled in more than $100,000 in loose change last fiscal year, according to the TSA.