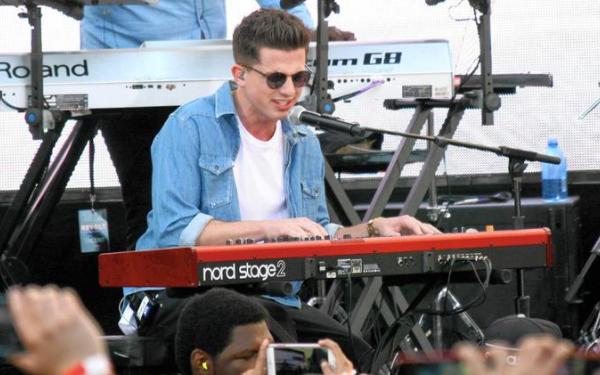 New Jersey native Charlie Puth had been in Los Angeles just a few days when he was asked by his music publishing company to come up with a melody that could pay tribute to the late Paul Walker in “Furious 7.”

It was hardly a special invitation. Puth was one of more than 50 songwriters — many of them well known — who were asked to submit suggestions for the soundtrack. Only a small handful would be chosen.

In fact, the musician was so low on the list he hadn’t even been among the dozens of candidates shown footage from the film to help with inspiration.

But Puth, 23, and publishing company stablemate Justin Franks laid down a simple lyrical hook — that the singer missed his friend during an eventful time and couldn’t wait to share news with him.

“It just seemed to occur to me from out of nowhere,” Puth said in a phone interview this week. “And basically 10 minutes later Justin and I wrote it, we sent it off, and I thought we’d never hear about it again.”

As it turned out, they would. The filmmakers, Universal Pictures and soundtrack label Atlantic Records went gaga for the song, titled “See You Again.” After narrowing it down to a small group of finalists, Atlantic executives and Universal’s music guru, Mike Knobloch, decided to go with “See You Again” and had the rap star and “Fast & Furious 6” contributor Wiz Khalifa drop verses about family around Puth’s vocals.

“It was such an uncommon scene (in movie music) that we needed the song to come before the artist,” Knobloch said. “It didn’t matter that Charlie was unknown — in fact it helped because it didn’t take you out of the moment.”

The song then went through an extensive note and production process — there’s a Middle Eastern-flavored sample and other flourishes. By the end, director James Wan had matched “See You Again” to the poignant scene that serves as the film’s send-off for Walker.

Though unabashedly sentimental, the song is also highly effective, its power boosted by the offscreen Walker back story it subtextually describes. The song has shot up to No. 1 on iTunes and is beginning to get airplay on nearly every major pop and R&B station. The video, which intercuts the artists with the Walker flashback scenes from the film, has become a viral sensation.

“The chorus felt really big and felt like it was saying something really important for what the moment was going to be,” said Kevin Weaver, president of Atlantic’s film and television group, adding that he thought the song fit a range of moments. “It can be about a death but also someone you miss and can’t wait to see at a barbecue and talk to.”

“See You Again” also worked for “Furious 7” because of the balanced note the scene struck in the film. In real life Walker died, but at the end of “Furious 7,” his character, Brian O’Conner, was given a poignant retirement send-off in which he’d be living with his wife and raising a family.

“The first time we heard it we knew this was the end song,” said the film’s producer, Neal Moritz. “It had a sense of longing and sadness but it was also uplifting as well. And we didn’t want the end to be totally sad.”

In part that mix is the result of Puth’s own influence. In writing the song, he said he was thinking of a friend who also died abruptly. Puth declined to provide too many details, but said it was also in a car accident and that he felt his late friend’s presence in the studio that day as he held the belief they could one day communicate again.

By putting an unknown musician at the center of one of the year’s biggest blockbusters, “See You Again” demonstrates what happens when the giant machine of film music meshes with the more democratic Internet, where Puth first made a name for himself.

He grew up in southern New Jersey’s Monmouth County and graduated from the Manhattan School of Music and the Berklee College of Music. He began performing jazz covers on YouTube and was discovered online by Ellen DeGeneres, who put him on her show and signed him to eleveneleven, her label for unknown artists.

“It’s not typical for a breakout song to come about like this,” said Weaver, who has been cultivating Puth with Atlantic’s A&R President Mike Caren. “But people are discovered in new ways all the time,”

Puth has an EP hitting this summer and also co-wrote and performs on another single, “Marvin Gaye,” paired with Meghan Trainor; the song offers a ribald twist on the prom.

But it’s been “See You Again” that’s quickly become a calling card for Puth. Franchise star Vin Diesel texted him recently, saying he couldn’t stop singing the vocals at interviews.

But the musician said it’s unlikely in this case. “I don’t think I’ll ever get tired of this song,” he said. “It just has a quality that I think can speak to a lot of people in their own way. I’m still not sure how it happened.”

He even has other versions planned — an orchestral one and possibly another take with Khalifa, who Puth never met while recording the original.

He said he might have a more impromptu rendition as well.

“I want to go to the ArcLight this week, buy a ticket to the movie and sit in the back. Then when the movie ends, I can have someone ask me, ‘Who sings that song?’ and then I can belt it out and have a singalong right in the theater.” He added, “That’s just the kind of song it is.”