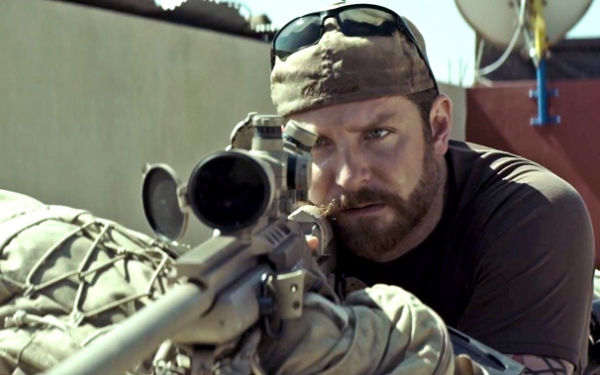 After a day filled with intense controversy, the University of Michigan reversed course late Wednesday night and decided to show the movie "American Sniper" at its originally scheduled time and place.

"It was a mistake to cancel the showing of the movie "American Sniper" on campus as part of a social event for students," the statement from E. Royster Harper, the vice president of student life, said. It was sent just after 10:45 p.m. to the media. "The initial decision to cancel the movie was not consistent with the high value the University of Michigan places on freedom of expression and our respect for the right of students to make their own choices in such matters.

"The movie will be shown at the originally scheduled time and location. We recognize, however, that some students are uncomfortable with the content of the movie, and appreciate that concern.

"Therefore, the university also will show an alternative movie, "Paddington," in another location on campus at that same time and date to provide our students with additional options that evening."

The university had cancelled the planned showing of the Iraq War movie after students, mostly Muslim and/or Arab, complained about it. The movie had been planned to be shown on Friday night at a social event for students.

That set off a firestorm of criticism – including from U-M football coach Jim Harbaugh who tweeted: "Michigan Football will watch "American Sniper"! Proud of Chris Kyle & Proud to be an American & if that offends anybody then so be it!"

The cancellation was announced on Tuesday, following a student campaign.

Lamees Mekkaoui led the drive to get "American Sniper" tossed. She questioned why the school would play a movie that makes her uncomfortable and promotes what she and others have said are anti-Arab and anti-Muslim sentiments.

A drive she led that included a letter signed by a couple of hundred fellow students led the university's Center for Campus Involvement to pull the film from its lineup of UMix events.

But when word of the movie showing being canceled out, a backlash quickly developed, with a second petition making its rounds through U-M's campus on Wednesday, accusing the university of censorship.

"The movie American Sniper is not about a racist mass murderer or a criminal," that petition said. "If the University prevents a movie like this from being shown, it promotes intolerance and stifles dialogue and debate on the subject and goes directly against the atmosphere UMix purports to provide. As adults at a public university, we should have the option to view this movie if we so choose and have the opportunity to engage on the topics it presents to come to our own conclusions on the subjects. Students should be trusted to interact responsibly on a movie no different than any other film depicting the lives of the troops at war, such as Saving Private Ryan."

Mid-afternoon Wednesday, the university said it would show "American Sniper" at a different time and different place with an discussion to follow. It said it would replace it with the "Paddington" kids movie.

The film, directed by Clint Eastwood and starring Bradley Cooper, is based on a true story. It is the autobiography of U.S. Navy Seal Chris Kyle who served in Iraq and has the most confirmed kills as a sniper in U.S. military history.

It was a major hit at the box office, but drew all kinds of controversy over its depiction of the prolonged war.

Mekkaoui, a sophomore at U-M, said she's seen the movie.

"I felt uncomfortable during it," she told the Free Press. "As a student who identifies as an Arab and Middle Eastern student, I feel that 'American Sniper' condones a lot of anti-Middle Eastern and North African propaganda,"

She wrote one letter to the university's Center for Campus Involvement, asking for it to be pulled from the schedule of Friday's UMix event.

"I like those events," Mekkaoui said. "I don't think this film fits that event, which is supposed to be fun and enjoyable. I think it should be played, but not at this event."

She sent a second letter signed by a couple of hundred students, including some from the Muslim Student Association. Mekkaoui is a member of Students Allied for Freedom and Equality and the Middle Eastern and Arab Network at U-M.

"Student reactions have clearly articulated that this is neither the venue nor the time to show this movie," the Center for Campus involvement said in a statement it posted on Facebook and Twitter. "We deeply regret causing harm to members of our community, and appreciate the thoughtful feedback provided to us by students.

"We... did not intend to exclude any students or communities on campus through showing this film. Nevertheless, as we know, intent and impact can be very different things. While our intent was to show a film, the impact of the content was harmful, and made students feel unsafe and unwelcome at our program."

On campus Wednesday, many students said they didn't have a problem with the film being shown.

"I think you can show it and if it offends you, than just don't go," said junior Mary Coles, 21, of East Grand Rapids, said. "It wasn't like it was mandatory to go. It was just an optional event you could go to if you wanted to. Pretty easy to skip if you don't like what they are showing."