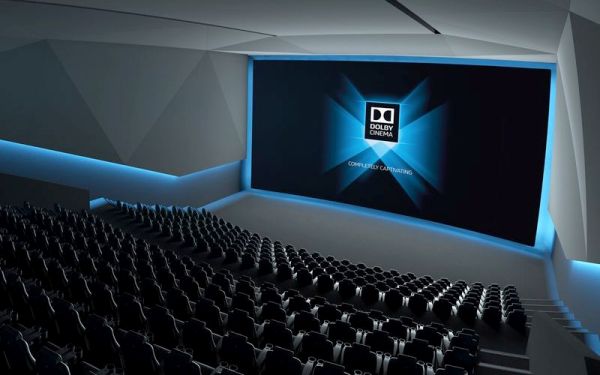 The companies said they would debut 100 high-tech theaters over the next decade that will include Dolby Vision, a new laser projection system that offers sharper and more vivid images than conventional screens.

As part of the agreement, AMC will renovate its existing premium theaters, known as ETX and AMC Prime, and convert them into new venues called Dolby Cinema at AMC Prime.

Along with reclining seats that vibrate with the action on screen, the theaters also will be equipped with Dolby's Atmos sound system, which provides lifelike sounds of music, people and objects that flow around the theater in sync with the movie action.

Locally, AMC will debut the knew Dolby Cinema in Burbank in May, and in Century City in June. In all, 14 of the 100 new theaters will open in Southern California over the next decade, along with locations in San Francisco, Las Vegas, Philadelphia, Miami, Boston, Denver and Seattle.

"Guests should be prepared to be blown away when we launch this amazing theater experience," AMC Chief Executive Gerry Lopez said in a statement.

Theater chains such as AMC have been investing heavily in new technologies and premium services as a way to attract new moviegoers at a time when cinemas face rising competition from Netflix and other entertainment options that give consumers less incentive to leave their homes for the multiplex.

"We have what we believe is the ability to deliver a differentiated and unique experience that moviegoers can't find anywhere else," said Doug Darrow, senior vice president of cinema at Dolby.