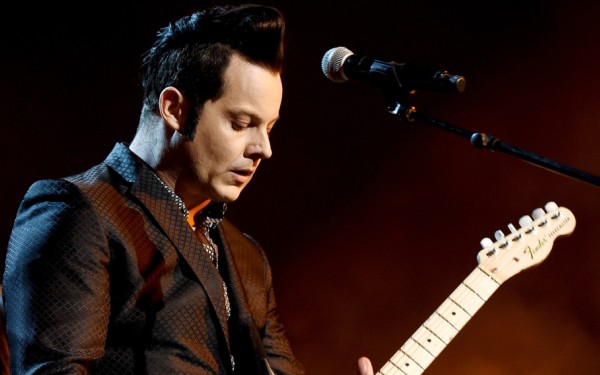 It may be the most scrutinized typographical matter in music: how large each act’s name appears on the poster announcing the lineup for the annual Coachella Valley Music and Arts Festival.

Widely regarded as the most prestigious festival in America, Coachella has become a status symbol for the musicians who play it no less than for the fans who pay hundreds of dollars to attend. And just how much cool it confers on a given artist depends to some degree on the prominence of that type.

Yet more than a pecking order can be gleaned from the poster for this year’s event, set to run April 10-12 and again April 17 through 19 at the Empire Polo Club in Indio, Calif. There’s also a visual clue regarding the relationships among the festival’s headliners.

Sure, Jack White’s name sits between AC/DC’s and Drake’s because he’s playing the second of three nights. But White belongs in the middle too because that’s how his music and persona work — as a crucial bridge between the familiar, fist-pumping hard rock of the former and the adventurous, introspective hip-hop of the latter. At a moment when the growing festival scene is in conflict with itself over whom it should serve, he’s a peacemaker.

Few would’ve imagined White in that gig when he broke out a decade and a half ago as a member of Detroit’s White Stripes. In those days, only a few years removed from his day job in an upholstery shop, the singer-guitarist was perceived as a cranky preservationist deeply opposed to any adulteration of the Delta blues and garage rock that inspired him.

As the band got bigger, though, White’s attitude shifted, and slowly he began to seem less concerned with setting himself apart. His broader curiosity was revealed after the White Stripes broke up. Under his own name he collaborated with Alicia Keys on the theme for a James Bond movie, then hired Hype Williams, the architect of hip-hop’s 1990s visual style, to direct the music video for his song “Freedom at 21.”

In 2013 he accepted Jay Z’s invitation to appear as one of the few rock acts on the soundtrack of “The Great Gatsby.” And when that rap superstar rolled out his new streaming platform Tidal last week, there was White onstage at a news conference standing next to Beyonce and the helmeted robots of Daft Punk.

White’s music has widened along with his social circle. Though it’s still rooted in the blues — and feels increasingly indebted to his current hometown of Nashville — his solo work pulls from all kinds of sources and eras. To open last year’s “Lazaretto,” White juiced an old Blind Willie McTell tune with booming hip-hop-style drums and remade the lyric as a goof on Internet dating. Other cuts nod to disco, reggae and heavy metal even as they showcase the old-fashioned guitar-god skills that link White indelibly to AC/DC’s Angus Young.

The swaggering “That Black Bat Licorice” functions enough like a rap song that Q-Tip, of A Tribe Called Quest, felt comfortable jumping onstage to help White perform it during a recent concert at New York’s Madison Square Garden.

Indeed, a thread of hip-hop ran throughout that night, from an opening set by the politically minded rap duo Run the Jewels (which is also on the bill for Coachella) to White’s midshow assertion that early MCs such as Kurtis Blow and the Furious Five were doing what bluesmen like McTell and Robert Johnson did decades earlier. It was a comparison that Drake, modern hip-hop’s great bemoaner of personal troubles, might have appreciated.

But what does all this outreach mean? Is White’s borrowing from hip-hop an honest attempt to deepen his music? Or is he merely the latest pop star to engage in a tradition of white appropriation that dates to Elvis Presley (whose first-ever recording is due for release this month on White’s label, Third Man Records)?

To my ears the expansion feels genuine, in large part because his music has gotten so much weirder and more idiosyncratic. Compare “Lazaretto’s” title track, a blistering goth-funk freak-out, to the White Stripes’ energetic but reverent cover of Son House’s “Death Letter” — there’s no question which is easier to grasp (and therefore package).

If anything, it’s the earlier stuff that feels like the act of appropriation, given how little of himself White sometimes put into it; he was trading on the value of his source material rather than his unique interpretation of it. Today, by contrast, his music — with its sometimes-troubling ideas about sex and power — positively oozes Jack White-ness, even when it works against whatever interest he might have in being clearly understood.

His kinship with hip-hop goes beyond sound too. White’s famous devotion to vinyl, for instance, is often viewed as a sign of his pre-rock sympathies. But the only people who love digging through old crates of records more than he does are hip-hop heads in search of some legendary break beat.

And then there’s the emotional quality that connects White with Drake, another guy working to create a space for vulnerability inside a historically macho form. On Saturday, White’s squalling guitar licks are sure to satisfy any headbanging needs left unmet by AC/DC the night before. But the quiet desperation of “Would You Fight for My Love?” should resonate equally with Drake loyalists looking forward to swooning along with the rapper’s tender “Hold On, We’re Going Home.”

Beyond his demonstrated ability to move large crowds, that’s why White — a Coachella alum who last appeared in 2010 with his side project, the Dead Weather — is a smart choice this year in Indio. The American festival is caught right now between opposing impulses. On one hand, the desire to attract deep-pocketed baby boomers has resulted in a list of festival headliners this summer that calls to mind a classic-rock radio playlist: Billy Joel at Bonnaroo, Paul McCartney at Lollapalooza, Elton John at Outside Lands, Robert Plant at Sasquatch.

On the other hand, vital young acts like Kendrick Lamar, Flying Lotus and Florence + the Machine — artists dedicated to pushing music forward — are still being booked for plum gigs, which indicates that organizers haven’t abandoned the notion that a festival should deliver its audience something it didn’t already know.

Jack White at Coachella tells us that a respect for tradition can coexist with an eagerness to evolve.

His name justifies the large print.