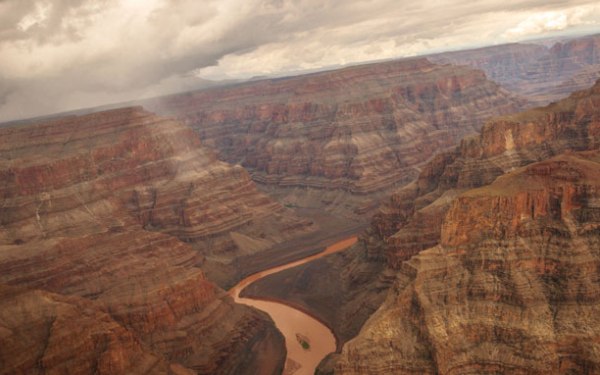 33 people (as of this writing) logged on to take the time to register their disgust with the world's most famous overblown sandy ditch.

It turns out that there is someone who hates the Grand Canyon.

“I’ve been to a number of so-called landmarks in my time — but what the hell was this?” David H. wrote at the TripAdvisor (www.tripadvisor.com) website in January in his one-star review of one of the world’s great wonders. “Just an overblown sandy ditch. Really don’t get the fascination! Took two hours to get there — should’ve stayed in my hotel and watched a DVD instead. …”

Joking? Serious? Who knows. But he’s not alone.

All of those one-star reviews equate in TripAdvisor parlance to a judgment of “terrible.” Yes, to David H., the Grand Canyon is a terrible place.

Combing through TripAdvisor’s one-star reviews of iconic places is some of the best travel reading I’ve done recently. The reviews are funny — both to laugh at and laugh with — absurd, and, occasionally, reasoned and instructive.

The latter was the case for the British man who wrote in his one-star review of the Taj Mahal, “Of course the Taj is beautiful, but the experience is terrible.” He then laid out a series of gripes that would serve to warn someone visiting the Taj for the first time of potential frustrations, which in the end might make for a more agreeable experience.

As cherry blossoms approach, there’s no better time to take a photographic tour of Washington, D.C.

Many of the one-star reviews pertain to a tour company or specific experience, which can be a valuable insight, even if the company providing lousy service deserves the “terrible” rating more so than the attraction itself. People complain that they visited the Taj Mahal at night and that they should have gone during the day — also a useful piece of knowledge.

They grouse about steep trails they struggled to navigate (is that really the Grand Canyon’s fault?), which can serve as legitimate warning to people before embarking on a trail.

One person noted of Niagara Falls, “The falls, of course, are beautiful. The surrounding tourist trap is really a random, ugly mess!” Which is true. And where there is repetition there is likely some merit, like in the complaints that the Grand Canyon’s West Rim, which includes the famed glass skywalk, is “a ripoff.”

But mostly the one-star reviews of classic destinations are a combination of the confounding and the amusing. They remind us that one size does not fit all when it comes to traveling (or anything else). And sometimes people and their tastes are simply unknowable.