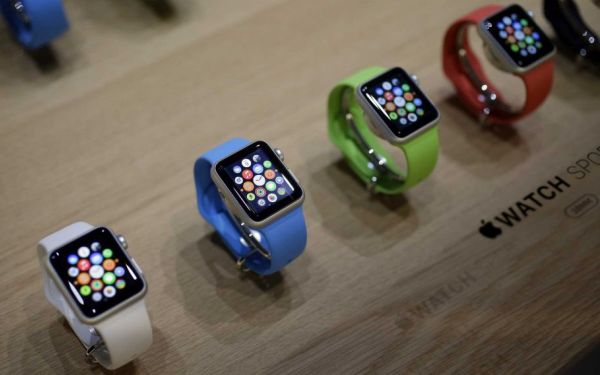 When Apple Inc. disclosed the prices for its smartwatches, I gasped. Its most expensive version, with a 24 karat-gold-encrusted case, costs $17,000.

“Why, you could buy a car for that kind of money!” I thought.

Which may have been Apple’s goal all along.

As Apple rolls out a carefully orchestrated marketing plan to introduce the Watch, the first new product category under CEO Tim Cook, the Cupertino tech giant may also have been laying the groundwork for how to eventually promote and sell a much more expensive and intricate product: an automobile.

Apple is reportedly developing an electric car, and an alliance with or acquisition of Tesla has long captured the imagination of Wall Street and Silicon Valley. Last year, The Chronicle reported that Tesla founder Elon Musk met with Apple’s head of mergers and acquisitions.

Perhaps I’m getting ahead of myself. But if there’s one thing Apple has proven over the years, it’s that the company likes to think three steps ahead.

Prior to the Watch’s release April 24, Apple is allowing people to book appointments at stores for a “test drive.” And just as shoppers are not likely to buy a Lexus over the Internet, the Apple Watch requires the kind of personal service found in car dealerships.

“Apple’s tactics are new to (consumer electronics) marketing, but not to cars,” said Philip Kotler, a professor of international marketing at Northwestern University’s Kellogg School of Management and author of “Confronting Capitalism.

Apple could have made only the $399 sports watch to establish itself in the mass market, Kotler said. But instead, the company opted to roll out a wide range of prices and features for its watch — similar to the way a car gets more expensive as buyers add bells and whistles, he said.

In fact, I don’t ever recall seeing Apple selling so many versions of a new product.

People already consider Apple a luxury brand, given the premium prices it charges for computers and smartphones (compared with prices of similar products made by Samsung, Google, or Microsoft). But charging tens of thousands of dollars for a car would start to push Apple into uncharted waters.

That’s where the Apple Watch comes in. When you think about it, how many people are really going to buy the $17,000 version?

“Not that many,” said Pam Danziger, president of Unity Marketing consulting firm in Pennsylvania.

The point of the $17,000 watch is not to generate lots of sales but rather to “elevate the brand” in the mind of the consumer, she said. In this case, giving Apple even more of a premium image than it already enjoys, said Danziger, who specializes in luxury retail.

Apple’s strategy, of course, carries enormous risk. Aside from price, there’s the issue of complexity. Early reviews of the Apple Watch have been mostly positive. But the device is pretty complicated, and even the most tech-savvy user will face a learning curve.

“If people bought the watch and they don’t know how to use it, that’s bad,” Kotler said. “People might have the money to buy it. But they might not have enough time to learn it.”

That’s why the company wants people to make an appointment at an Apple Store, though the program might interrupt routines of the stores.

When Ron Johnson created the Apple Store in 2001, he had employees on his team carry a small, folded piece of cardboard in a pouch around their neck. On the document was the team’s mission: “Enriching people’s lives with innovative, easy-to-use technology.”

An Apple Watch or a tricked-out computer car doesn’t seem to fit that description. As Apple climbs the luxury-retailer ladder, how many people will it leave behind?

Even if the new products flop, Apple will gain crucial information. The company will finally discover the limits on what consumers are willing to spend on Apple products — both in terms of time and money.