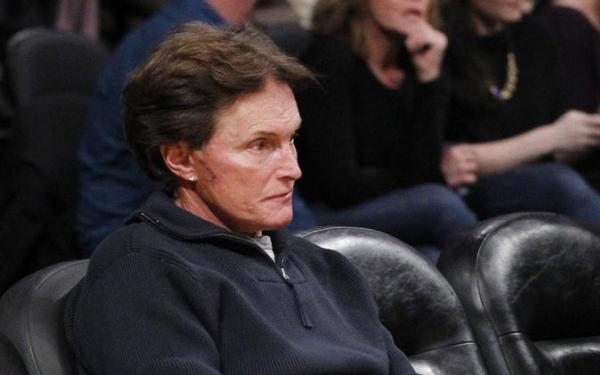 When Time magazine put actress Laverne Cox on its cover last year and proclaimed transgender rights as America’s next “civil rights frontier,” many activists sensed their fight was moving in the direction of acceptance.

The video game “Dragon Age: Inquisition” soon introduced a transgender character, Amazon’s “Transparent” picked up a Golden Globe for its take on a transitioning retired professor, and even “South Park” won praise for an episode on gender identity.

And then the Bruce Jenner story happened.

For months, the 65-year-old former Olympian has been the subject of tabloid fodder that he was transitioning to live his life as a woman. Reports pointed to his longer hair and painted nails. The paparazzi zoomed in on his every move. A celebrity magazine even Photoshopped an image of Jenner to look like a woman.

The spectacle has transgender advocates alarmed. The speculation and jokes about Jenner’s body and gender identity, they say, are profoundly disrespectful and have dragged a serious, deeply personal decision back to an era when it was characterized as a carnival sideshow.

“When you make a spectacle out of guessing who is and isn’t transgender, it harms real transgender people just trying to go to school or work and trying to live their lives,” said Nick Adams, an L.A.-based spokesman for GLAAD who is transgender.

Jenner has not publicly spoken about his plans. But he is scheduled to speak to ABC’s Diane Sawyer later this month for a two-hour special about him.

Jenner has appeared with his extended family on the popular E! reality show “Keeping Up With the Kardashians,” leading to media speculation that Jenner’s rumored transition might be part of some show.

But Alan Nierob, a spokesman for Jenner, said Friday there is “no confirmation” of such a reality series, and a spokeswoman for E! declined to comment.

The headlines about Jenner have become more frequent since the celebrity gossip magazine In Touch Weekly earlier this year superimposed Jenner’s face onto the body of a female actress and added makeup. In Touch included Jenner’s “sex change rumors” in a list of “celebrity scandals of 2014” that included Donald Sterling’s racist rant and the Bill Cosby rape allegations.

Such coverage “is harmful in a truly profound way,” said Parker Molloy, a prominent transgender writer and activist.

“The message it sends, especially if you don’t know anyone else who is trans, is that you are a joke and you are a freak show,” Molloy said.

Molloy, 28, said the Jenner gossip feels like a throwback to her youth when her only exposure to transgender people in the media was on programs like “The Maury Show,” where guests would be outed and audience members asked to guess if they were men or women.

In fact, many activists refuse to talk specifically about Jenner because they don’t want to add to the speculation, refraining from even discussing whether the former decathlon champion could serve as a role model.

Many in the transgender community fear all the attention is distracting their efforts to focus the public conversation on the hardships they face.

Last year, when Katie Couric asked transgender model Carmen Carrera and “Orange is the New Black” star Cox about transgender people’s bodies and surgery, Cox pivoted the conversation from what she called a “preoccupation” with transition to the violence and discrimination they face.

“If we focus on transition, we don’t actually get to talk about those things,” Cox said told Couric.

Transgender people are four times more likely to be living in poverty and have an unemployment rate twice that of the general population, according to a 2011 surveyhttp://www.thetaskforce.org/static_html/downloads/reports/reports/ntds_full.pdf of more than 6,400 transgender people by the National Center for Transgender Equality and the National LGBTQ Task Force.

More than 90% of the trans people surveyed reported having experienced harassment or discrimination at work, while 41% had tried to commit suicide — dwarfing the general population figure of 1.6%.

“I feel sometimes that we’re at war within our society because transgender people are getting killed, and people don’t understand that it is happening,” said Bamby Salcedo, president of the Los Angeles-based Trans-Latin@ Coalition.

On a recent weekday morning, Drian Juarez, a transgender woman, led a cultural training workshop for employees of a Hollywood emergency youth shelter.

“Most people go around the world assuming people will respect their gender identity,” said Juarez, with the Los Angeles LGBT Center’s Transgender Economic Empowerment Project. “For transgender people, we never know how the world will respond to us. We’re prepared for people to not understand us.”

Much of the hostility toward transgender people, Juarez said, comes from people who think the transgender person is trying to “fool them.” But trans people’s appearances, she said, aren’t a costume — or a joke.

“I’ve been beaten up,” Juarez said. “I’ve lost jobs. This is really me. I’ve given up a lot. This is my authentic self.”

Like others, Juarez didn’t want to talk specifically about Jenner’s situation or what it might mean to the movement.

She said she’s pleased that there are now more positive images of transgender people in the media than ever before, but the gains have come slowly.

“When people can see us, they still target us and hurt us,” Juarez said. “I think we still need to change the narrative.”