China cracks down on women's-rights protesters 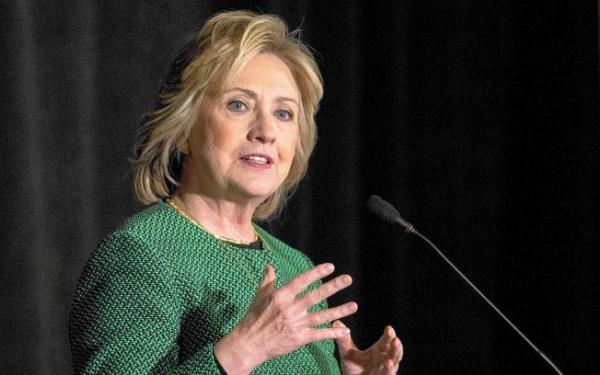 The feisty young women had spoken out before — dressing up in wedding gowns smeared with fake blood to protest domestic violence and "occupying" men's restrooms to advocate for more toilet facilities for women.

But in early March, as they were planning to mark International Women's Day with a public outreach campaign against sexual harassment on public transportation, at least 10 Chinese campaigners for gender equality were swept up by police in Beijing, Hangzhou and Guangzhou.

They were hauled in for questioning before they could do so much as hand out a flier. Five were detained on initial suspicion, their lawyers said, of "picking quarrels and provoking trouble" — a charge that can carry a prison term as long as five years.

In the nearly five weeks since, their fates have become the subject of increasing international concern, with U.S. Secretary of State John F. Kerry, presumptive Democratic presidential front-runner Hillary Rodham Clinton and European Union officials among others calling for their release.

But authorities have only widened their investigation, questioning others who had participated in previous activities with the five and raiding the Beijing offices of Yirenping, a prominent anti-discrimination group with close ties to the detainees. In late March, officers confiscated computers, financial documents and other files from the organization's Beijing office and have refused to let staff members on the premises.

Now authorities have indicated that they are considering formally charge the five — Li Tingting, Wu Rongrong, Zheng Churan, Wei Tingting and Wang Man, who range in age from 25 to 33 — with organizing a crowd to disturb public order, which also can bring multi-year prison terms. An official decision is expected by Monday. Given China's lack of an independent judicial system and high conviction rates, civic activists say such a step would send a chilling message.

"The crackdown on the five seems to have two aims: one is feminist activism in general, and the other is the Yirenping center and maybe other NGOs," said Lu Jun, co-founder of Yirenping who is currently on a fellowship at New York University. "They might want to terrify other NGOs and activists, particularly those that have support from foreign groups."

Still, Lu said he was a bit mystified as to why the gender-equality campaigners had come in for such treatment. Other activist groups — including those focused on environmental issues and rights for disabled people — have also staged street campaigns and quietly receive funding or logistical support from entities outside China, he said.

The date of the women's planned public activities may have spooked officials. International Women's Day fell in amid the annual session of the National People's Congress, China's largely rubber-stamp parliament, a period during which authorities take extraordinary measures to project an atmosphere of stability and security, particularly in Beijing.

But attorney Liang Xiaojun, who is representing Wu, said investigators appear to be "more interested in their previous actions, like the occupy male restrooms event," than the planned International Women's Day activities.

The raid and detentions came even as the government has been pushing a high-profile campaign to end some of the most egregious abuses in its legal system and implement what it calls "rule of law" — though the Communist Party hardly envisions a judiciary independent of its control.

At the same time, China is trying to win approval for its bid to host the 2022 Winter Olympics in Beijing, an effort that is putting renewed focus on the nation's poor human rights record.

Though the "rule of law" campaign and the Olympic bid might seem to inveigh against harsh treatment of the activists, the party has been on a tear against what it sees as an infiltration of pernicious "Western values" in recent months.

University professors, think tanks, lawyers, judges, entertainers and others have been warned that ideals such as constitutionalism; freedom of the press, speech and assembly; judicial independence; and separation of powers are ill-suited to the Chinese situation. The Communist Party-owned Global Times newspaper went so far recently as to call them "a ticket to hell."

From New York, Lu has been working to draw attention to the women's fate. On Friday, Kerry issued a high-profile statement of support.

"Each and every one of us has the right to speak out against sexual harassment and the many other injustices that millions of women and girls suffer around the world each and every day," the secretary of State said. "We strongly support the efforts of these activists to make progress on these challenging issues, and we believe that Chinese authorities should also support them, not silence them."

Those remarks followed a tweet from Clinton on Tuesday: "The detention of women's activists in China must end. This is inexcusable."

Such protestations have been rebuffed by Chinese authorities, who say the matter is an internal affair.

"China is a country ruled by law. Relevant departments will handle the relevant case according to law," Foreign Ministry spokeswoman Hua Chunying said after Clinton's comment. "We hope that public figures in other countries can respect China's judicial sovereignty and independence."

Sophie Richardson, China director at Human Rights Watch, has called on the European Union, the U.S. and other governments to "hit the pause button on plans for summits and high-profile visits" until the five women are released and the charges are dropped. President Xi Jinping is to visit the United States this year.

But the federation has shown no interest in speaking up for the detained activists. On Friday, the group posted a commentary to its website headlined: "Feminism No Excuse for 'Freewheeling' Protests."

"It is no taboo to strive for women's equal rights in China. … What concerns the Chinese government is the route which the women have taken to ask for equal rights," said the editorial, which was adapted from the Global Times.

"While rational demands and requests would be considered, such illegal protests would only undermine social stability and constitute a challenge to the country's legal system," it added. "While it is clearly laid out in China's law to eliminate illegal street protests, those in the West tend to declare enforcement of this law as an act of human rights infringement."

Tommy Yang in The Times' Beijing bureau contributed to this report.