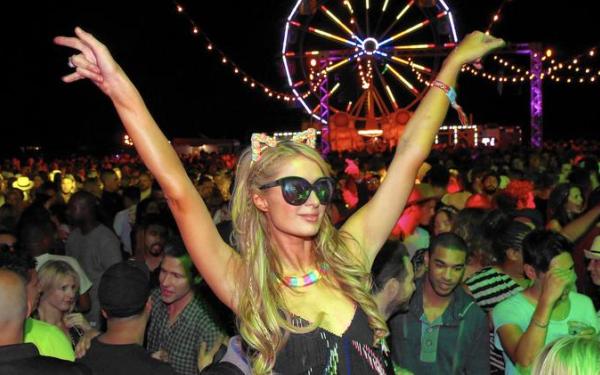 The defensive moves come amid a major expansion of Internet addresses beyond the familiar .com, .org, .net and .edu endings. In hopes of spurring creativity among Web entrepreneurs, thousands of new "top-level" domain names — the part that comes after the period — are being made available including .pet, .joy, .lol, .hotel, and .bank. About 600 new suffixes have launched over the last couple of years, with hundreds more in the pipeline.

Now, it's .porn's turn. Paris Hilton doesn't need further advertisement of the salacious images of her that exist on the Web. Her lawyer, Robert Tucker, described the purchase of ParisHilton.porn as a defensive measure that takes less time and costs less money than trying to wrest back control of an address from individuals often denounced as cybersquatters or extortionists — people who buy up domain names to sell later at a far higher price. Or, from those who might get their jollies posting content that might embarrass celebrity victims.

Dot-porn and .adult names are being advertised as $100-a-year purchases.

"It's still true what Benjamin Franklin used to say," Tucker said: "An ounce of prevention is worth a pound of cure."

The creation and sale of the new names is managed by the nonprofit Internet Consortium for Assigned Names and Numbers, or ICANN, based in Playa Vista.

To protect trademark holders, ICANN rules give them an early-access period that allows them to buy their domain names before it's a free-for-all among the public. But some who do the early buying compare it to extortion.

"Essentially, you have to pay hundreds of dollars to make sure other people don't infringe on your trademark," said Howard Hogan, an intellectual property attorney at law firm Gibson Dunn. Intellectual property law already protects trademarks, but trying to evict a cybersquatter can become a costly pursuit.

ICANN's distribution of top-level domain names is a complicated process. Businesses and other organizations paid a $185,000 application fee to propose new endings, which generate revenue for the applicants once sold.

A few of the new appendages, such as .bank and .hotel, come with a restriction that only a verified business in that industry can buy an address. Other applicants are reserving some endings for their own use. Google, for example, won the rights to .google, and has said it wouldn't be for sale to the public. Amazon grabbed .book after a private auction among several entities vying to control it.

Purchasers of ICM domains must agree to let the company scan websites for viruses and child pornography. If child pornography is spotted, ICM will notify child protection hotlines and has the right to remove those sites.

"We want people to go there with a relaxed mode," Lawley said. "And make it so people who want to see the images can find them easily and safely and those who don't can stay away from it."

Vox Populi Registry is behind the .sucks domain that's setting trademark holders back about $2,500 a pop. After a trade group for trademark owners called the scheme "predatory," ICANN last week asked the Federal Trade Commission to review whether the extraordinary price violates any laws. Though addresses such as Microsoft.sucks will inevitably pop up, Vox Populi is pointing to the potential of websites such as cancer.sucks or racism.sucks to become rallying sites on the Web for noble causes.

"The word sucks is now a protest word," former presidential candidate Ralph Nader says in an ad for the domain that also features the words of Martin Luther King Jr.

Attorneys said they've advised clients to purchase their trademarks on the new extensions that represent the biggest dangers.

"You want to be comprehensive, but at the same time not be frivolous on blowing your budget on things unlikely to cause harm," Hogan said.

Said Isenberg, "Everyone's hoping they have the next .com but very few, if any, of them will be as successful as .com."