Firefighters knock down blaze on UCLA campus in Westwood 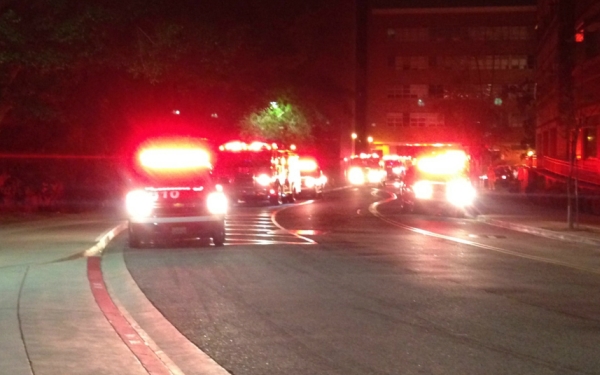 Firefighters responded to a blaze burning at a School of Dentistry building on the UCLA campus in Westwood early Tuesday, April 14, 2015.
(Credit: KTLA)

A fire broke out early Tuesday inside a seven-story building at UCLA's Westwood campus, authorities said.

The blaze was reported at 1:31 a.m. in Building 48A of the School of Dentistry, 714 Tiverton Ave., said Los Angeles Fire Department spokesman Brian Humphrey.

Nearly 115 firefighters knocked down the blaze around 2:15 a.m., Humphrey said. Crews were able to contain the fire to a classroom and office area. No injuries were reported and no faculty or students were threatened by the fire.

Investigators were working to find out what may have started the fire. A damage estimate was not immediately available.