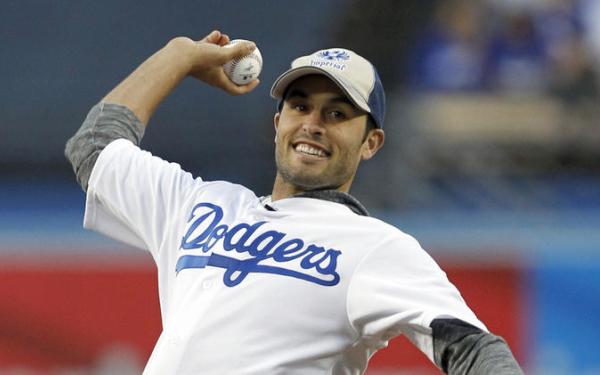 The first four months of Landon Donovan's retirement haven't been as relaxing as he thought they would be.

Last week the former Galaxy star spoke on a panel at the IMG World Congress of Sport in Los Angeles. And Wednesday he was in San Antonio to do a media blitz for Liberty Mutual Insurance, which announced a multiyear sponsorship deal with the U.S. Soccer Federation.

"I was up at about 5," Donovan complained.

But then alarm clocks figure to play a big part in the rest of Donovan's life. Since concluding his soccer career with his sixth Major League Soccer title in December, Donovan has traveled to Peru,  Ecuador, India, Costa Rica and Aspen. Colo.; signed up for online college courses in political science, business and English; and begun contemplating enrollment in more classes at USC.

"I'm getting all these cool opportunities to do different things. Things I never would have had the opportunity to do," said Donovan, 33, who walked away from soccer as the all-time leader in goals and assists in both MLS and with the U.S. national team. "And I'm enjoying it. It's fun."

Not that he's left soccer completely in the rearview mirror. After spending nearly half his life playing professionally, Donovan has found himself pulled to an occasional Galaxy training session or game and follows the team closely. The tug of the sport is strongest on game days, when Donovan admits he misses the excitement and anticipation of playing and the camaraderie of being with teammates.

But then there's the upside, like being able to fly to India -- which, like retirement, turned out to be a life-altering experience.

"It’s hard to eat Indian food now," Donovan said. "Before I went to India, I loved it. When I went there, it took it to a whole other level.

"Now I come back and I don’t think I can really eat it any more."