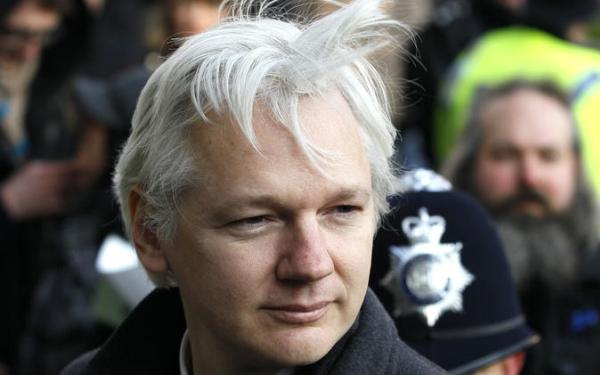 Months after Sony Pictures Entertainment suffered from a crippling cyberattack, troves of the studio's leaked information has resurfaced on WikiLeaks.

"This archive shows the inner workings of an influential multinational corporation," Assange said in a statement on the website. "It is newsworthy and at the centre of a geo-political conflict. It belongs in the public domain. WikiLeaks will ensure it stays there."

Sony Pictures condemned the Wikileaks release in a statement, and tried to shoot down Wikileaks' argument that the documents and emails belong in the public domain, describing the initial cyber attack as "a malicious criminal act."

"The attackers used the dissemination of stolen information to try to harm SPE and its employees, and now WikiLeaks regrettably is assisting them in that effort," said a Sony Pictures spokesperson in a statement. "We vehemently disagree with WikiLeaks’ assertion that this material belongs in the public domain and will continue to fight for the safety, security, and privacy of our company and its more than 6,000 employees."

U.S. officials confirmed that the North Korean government was behind the attack as retaliation over Sony Pictures' release of "The Interview," a comedy starring James Franco and Seth Rogen about a fictional attempt to assassinate North Korean leader Kim Jong Un.

Following hacker threats, Sony yanked the film from theatrical release, but later put it on video-on-demand platforms and in select theaters due to public backlash.

In December, lawyer David Boies, writing on Sony's behalf to the Los Angeles Times and other news organizations, described the leaked material as "stolen information" and called on media outlets to destroy emails or other Sony documents in their possession.

WikiLeaks archives detail everything from "connections and alignments between Sony Pictures Entertainment and the U.S. Democratic Party" to examples of Sony "collecting 'intelligence" on rival pictures, such as Oliver Stone's "Snowden."