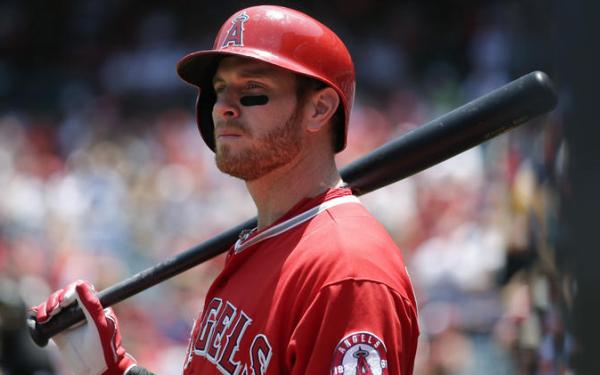 As the Angels open a series Friday in Josh Hamilton's temporary hometown of Houston, the conflicts over the troubled outfielder rage on two fronts: whether owner Arte Moreno can find a way out of Hamilton's contract, and how Manager Mike Scioscia can delicately balance respecting Moreno's hard-line stance without alienating a clubhouse to which Hamilton might yet return.

Moreno said he has not spoken with Hamilton since the outfielder reported a relapse in his battle with substance abuse in February. Scioscia said he hopes to meet with Hamilton in Houston.

"There are absolutely times you want to sit down and get a personal connection with a player," Scioscia said Wednesday. "If it happens, it happens. The important thing is communication, knowing that a support unit is there. I'm going to feel better if there's that support group there and he's getting the help he needs."

Moreno said last week that he might try to enforce contract language that he said protected the Angels against a relapse. Within hours, the union issued a sharply worded statement that said provisions of baseball's collectively bargained drug policy "supersede all other player contract provisions and explicitly prevent clubs from exactly the type of action Mr. Moreno alluded to."

However, MLB chief legal officer Dan Halem told The Times on Wednesday night: "We obviously have a different view than the players' association regarding the club's rights under these circumstances."

Hamilton, who is rehabilitating a surgically repaired shoulder, is not expected to be able to play for another one to two months. Moreno is not believed to be considering any imminent action.

The time for such action would have been immediately after an arbitrator ruled Hamilton had not violated his drug treatment program by reporting a relapse and could not be suspended. That ruling came April 3, three days before the Angels opened their season.

As Fox Sports first reported, a player's annual salary becomes fully guaranteed on opening day, leaving Moreno liable for the $23 million he owes Hamilton this season. The Angels owe Hamilton $30 million in each of the next two seasons.

Two people familiar with Hamilton's contract say it contains at least three provisions Moreno could use to pursue his case, including one that would enable the club to void the deal if Hamilton could not perform because he had engaged in "dangerous activities" that include drug and alcohol abuse. The Angels also could cite a provision that would allow the club to walk away if it determined Hamilton was not in "first-class condition" because of substance abuse.

Although such language is not uncommon in player contracts, it is uncertain whether the Angels — and perhaps the commissioner's office — could persuade an arbitrator that the team should be relieved of Hamilton's contract if he is physically ready to play. Even that question would be moot if the arbitrator decided that the Angels could not act independently of the leaguewide drug policy.

Moreno last week pointedly declined to say that Hamilton would play another game for the Angels. "I will not say that," Moreno said.

Hamilton was not issued a locker in the Angel Stadium clubhouse, and merchandise bearing his name and number has been pulled from stadium team stores.

At least one player, pitcher and union representative C.J. Wilson, has been critical of the team's handling of Hamilton, and several players have expressed frustration over the fact that Hamilton was deemed by an arbitrator to be in baseball's good standing but is not with the team.

"We've talked to some players," Scioscia said. "This has been a process for all of us. We have to concentrate on what's here and how we need to play the game. That's where our focus has to be.

"That teammate, player-to-player bond is strong in our clubhouse, so it doesn't surprise me that some guys would wonder about that, but it's no distraction."