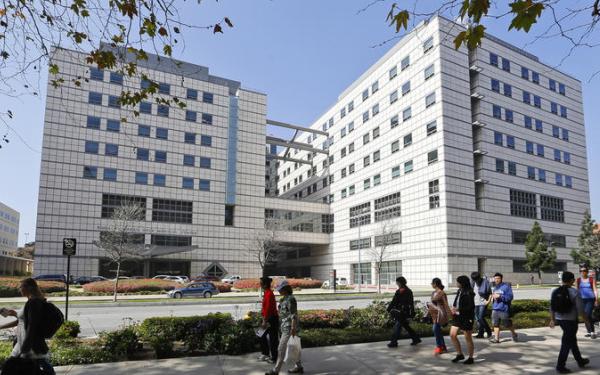 LOS ANGELES — Women faculty at UCLA’s Alzheimer’s disease research center faced “a climate of conflict, tension, hostility and mistrust” for about a decade and were treated in an “unprofessional, demeaning manner,” an investigation at the campus medical school has found.

The probe upheld long-pressed complaints from three women faculty that they were discriminated against by some men in the department and faced retaliation for reporting breaches in research protocol, Jonathan Hiatt, the vice dean for faculty, said in a letter sent to staff.

The result was a significantly negative effect on the center and a working environment that “compromises our research, teaching and patient care,” Hiatt wrote.

The March letter, which was obtained by the Los Angeles Times, did not identify the women who say they were discriminated against nor the people who they say violated campus rules. Hiatt could not be reached for comment Friday night.

Dale Tate, a spokeswoman for the David Geffen School of Medicine, confirmed the authenticity of the letter but said she could not offer any more details about the situation.

“While we cannot comment beyond the contents of the letter since it involves confidential personnel matters, leadership within the university and the health system is committed to a work environment that is welcoming and free from discrimination of any kind. The letter was intended as an internal communication to describe the measures taken by the university in response to serious concerns brought forward in good faith by female members of the faculty,” she said in a statement.

In the letter, Hiatt wrote that he brought in an external investigator to look into the complaints, interview current and former faculty and review documents. The resulting report was finished in October and declared that the women faculty “had correctly identified and documented the unprofessional behavior to which they had been subjected” and had brought their complaints to the attention of administrators numerous times without a proper response, he said.

Hiatt said he has made some changes in the department of neurology in response to the complaints. Without saying that anyone had been directly disciplined, he noted that the department of neurology has a new interim chair, professor Marie-Francoise Chesselet, and that another professor has been appointed as a monitor for issues of gender and equity. He said he is committed to a fair and “welcoming” school workplace.

The former neurology chairman, John Mazziotta, was promoted in March to vice chancellor of UCLA’s health sciences and dean of the medical school. Hiatt’s letter did not mention him and did not say what role Mazziotta may have had in previous handling of the women’s complaints.

The Alzheimer’s research center has about 10 professors working there, according to its website, and is devoted to improving the quality of life for patients and caregivers, to develop new medications, treatments and improved and earlier diagnoses.