Colleges grapple with cheating in the digital age 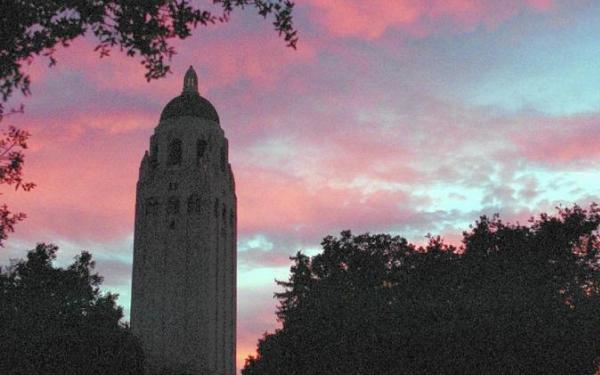 LOS ANGELES — Stanford University’s honor code dates to 1921, written by students to help guide them through the minefield of plagiarism, forbidden collaboration, copying and other chicaneries that have tempted undergraduates since they first arrived on college campuses.

Exams aren’t proctored and students are expected to police themselves and speak up when they see others committing violations.

But there appears to have been a massive breakdown during the recent winter quarter culminating in “an unusually high number of troubling allegations of academic dishonesty” reported to officials, according to a letter to faculty from Provost John Etchemendy.

“Among a smattering of concerns from a number of winter courses, one faculty member reported allegations that may involve as many as 20 percent of the students in one large, introductory course,” Etchemendy said in the March 24 letter.

He went on to remind faculty members of their responsibility to discuss with students the seriousness of cheating — and the consequences. A first offense can result in a student being suspended for one quarter.

Although the Stanford allegations may have surprised some, for many others they cemented the belief that a culture of cheating pervades higher education. Harvard, Dartmouth, the Air Force Academy and other prominent institutions have recently grappled with allegations of large-scale cheating.

Studies find that students feel under more pressure than ever to succeed and increasingly see cutting corners as nothing serious. And they are being aided by cheating-friendly technology. Etchemendy alluded to those challenges.

“With the ease of technology and widespread sharing that is now part of the collaborative culture, students need to recognize and be reminded that it is dishonest to appropriate the work of others,” he said. “Do we provide guidance for the use of technology? And are students aware that we really will seek to identify and report concerns that may arise?”

Stanford officials said the allegations are under investigation, but declined to say which course is involved. Numerous students are being interviewed, spokeswoman Lisa Lapin said.

“Every student has the opportunity to present evidence of the work they did and why,” she said.

Lapin noted that some breaches of the honor code occur every quarter. In 2013-14, 83 honor cases were reviewed. Officials said they had no information on how many were found to be in violation.

Nationwide, about 68 percent of undergraduates and 43 percent of graduate students admit cheating on tests or written assignments, according to research by retired Rutgers business professor Donald L. McCabe and the International Center for Academic Integrity at Clemson University.

As students see business leaders, athletes and their peers cheating — in many cases with impunity — the practice no longer carries the social stigma it once did, according to the research. With competition at elite institutions especially intense, high-achieving students are as likely to cheat as those who struggle academically.

“There is such steep competition for a relatively small number of resources, such as getting into a particular major or into graduate school, where one or two or three points might make a difference, that even good students see a reason to go for that unfair advantage,” said Teddi Fishman, director of the Clemson center.

And there’s likely to be little progress as long as students and educational institutions remain focused on grades rather than learning, she said.

“Until we don’t put so much emphasis on a very few high-stakes tests, there are going to be students who feel the need to cheat,” Fishman said.

But she also acknowledged a growing disconnect even in the definition of cheating in this age of easy access to smartphones and the Internet. Most students know that plagiarism is wrong, for example, but see no harm in cutting and pasting from Wikipedia or other online resources or copying one another in group projects.

In more and more cases of violations, students say that they didn’t intend to cheat but lacked the knowledge to properly cite work that is not their own, said Matthew Gregory, associate dean of students and director of student advocacy and accountability at Louisiana State University. He is more inclined to work with such students instead of just meting out punishment, he said.

At the University of California, San Diego, punishment for students found to be in violation of the school’s academic code can include writing a reflective paper, attending a seminar to learn ethical decision-making skills and expulsion. From 2012 to 2014, more than 1,200 allegations were reported. The vast majority — 94 percent — of those found responsible were assigned a paper, a seminar or a workshop, according to a report from the school’s Academic Integrity Office.

During the same period, about 158 students were also suspended. Officials said educating students has led to fewer repeat violators.

Researchers, meanwhile, are studying which majors attract students who are most likely to cheat. They have found that technical fields such as engineering and computer science as well as business students are among the main culprits.

Engineering students cheat far more than humanities students in college, said Trevor Harding, a professor of materials engineering at Cal Poly San Luis Obispo, who has studied cheating in the field. He cites an environment that is less collaborative and highly competitive.

And cheating seems to increase as students move through school, he said.

“There is a very strong correlation to cheating in high school, cheating in college and perpetuating that in the workplace,” said Harding, who is studying practices that encourage more honest conduct. “It’s very concerning because engineers have a professional responsibility to uphold safety for the public.”

A 2010 report to the Faculty Senate at Stanford found that despite the vaunted honor code, students accounted for only a tiny portion — 2.5 percent — of those reporting violations. Many students found the penalties too harsh and didn’t want to inform on their classmates, officials said.

Sam Corbett-Davies, a graduate computer science student at Stanford, said he agreed with those conclusions and said that the honor code should be revamped. He said he was surprised coming as an undergraduate from New Zealand that exams were not proctored.

“The feeling I get is that everyone likes the status quo even though it results in more cheating,” said Corbett-Davies, 24, who has worked as a teaching assistant at the campus. “It’s more work to proctor, more work to follow up every lead on potential cheating and students don’t want people looking over their shoulder. By leaving it to students, it’s essentially don’t ask, don’t tell.”