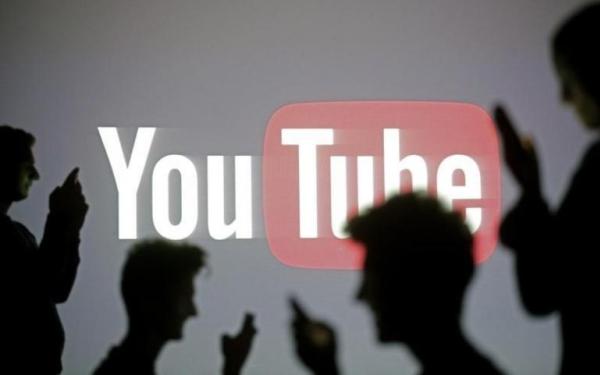 More than 10 years ago, no one was watching online videos of other people’s pets or kids. And no one was sharing their lives for the world to see, and they never dreamed that doing so could bring a lucky few a measure of fame and fortune.

In just one decade, YouTube has evolved from a site where people can upload, share and watch videos into a major landmark on the media landscape, changing the face of culture and society in many ways.

YouTube has become a sprawling archive of all aspects of life: Interplanetary explorers could get a pretty good — and sometimes very weird — picture of who we earthlings are just by watching YouTube videos. They range from the ridiculous to the sublime, from artistic short films to shaky amateurish efforts. Countless music videos and classic performances are a keystroke away. YouTube is used by the White House and other government agencies as a way to communicate with the public — especially with young people. The site has become a valuable tool for citizen journalists and an uncensored window on the world. There are rants and meltdowns and TV commercials old and new. There’s even a popular subgenre unique to user-generated movement — the cat or dog video.

On April 23, 2005, the first video was uploaded on YouTube. It was made by and starred YouTube co-founder Jawed Karim and was called “Me at the Zoo.” This 18-second video shot at the San Diego Zoo is still online and has drawn more than 19.2 million views.

YouTube was founded by three former PayPal employees — Steve Chen, Chad Hurley and Karim. The company launched officially in February 2005. A year later, more than 65,000 videos were being uploaded every day, with nearly 100 million viewers. Now there are more than 1 billion users, and 300 hours of video are uploaded per minute, according to YouTube. It’s the third most visited website, behind Facebook and Google, according to Alexa rankings.

Google bought YouTube in November 2006 for $1.65 billion in an all-stock transaction. In 2011, the Google+ social networking site was integrated with YouTube, and Google+ members can watch videos within Google+.

YouTube has gone from media upstart to mainstream. Major TV networks use it as a companion platform. The trade publication Billboard factors YouTube data into its hits charts.

Independent producers have been able to build audiences for their work on YouTube. Through the company’s revenue-sharing Partner Program, some are making money: The top 500 partners earn more than $100,000 annually, according to YouTube’s website.

YouTube has transformed our culture. “There are lots of different dimensions to that,” said Jason Hong, an assistant professor who specializes in human-computer interaction at Carnegie Mellon University’s School of Computer Science. One is the way people watch video. Thanks to the rise of mobile devices, instead of being tethered to a TV or computer, people can call up a short video wherever they are to fill in a few idle minutes. “They can watch anywhere, anytime — on the bus or during a break.”

It has also had an economic impact. “Many new kinds of jobs have emerged,” Hong said. For example, serious video gamers such as PewDiePie, whose real name is Felix Kjellberg, now stream themselves playing games. PewDiePie’s videos yank viewers into the visual experience of playing by combining the games’ sophisticated graphics and his rapid fire improvised comic patter and screaming. PewDiePie’s YouTube channel has more than 35 million subscribers and millions of views on each video. Advertising revenue has made him a millionaire: He makes more than $4 million a year, according to Forbes.

YouTube has democratized the process of producing videos by taking away the gatekeepers: Anybody can put their work online — good or bad. “For the first time in history, widespread video distribution is in the hands of the individual. The playing field has been leveled,” said Bob McLaughlin, a Forest Hills, Pa., dad who has posted videos of his daughters on his popular Babyteeth4 channel. “YouTube’s revenue-sharing program has enabled video hobbyists to do this full-time. No other social media platform pays you for creating content.

“YouTube is a truly revolutionary phenomenon. I can’t wait to see what the next 10 years bring.”