Tumblr a place for readers and favorite authors to connect 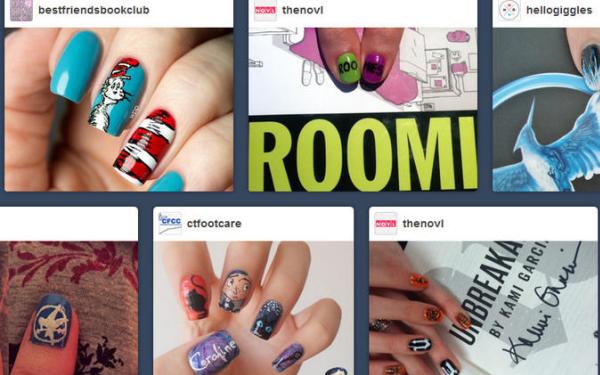 To express her love to Judy Blume, a 1970s tween would have had to write a letter. These days, a young reader enchanted by YA books — by, say, author Rainbow Rowell — can make nail art that matches a book cover and share it on Tumblr, where the author herself might see and share it with her followers.

“When someone who lives in Kansas and has [never met] an author in person has the author re-blog something they made, they freak out,” says Rachel Fershleiser, who means “freak out” in the nicest way. An infectious book booster, Fershleiser manages Tumblr’s literary communities by reaching out to readers, librarians and booksellers, meeting with publishers, setting up contests and networking with authors and teaching them how to use Tumblr.

The communal blogging platform, which allows anyone 13 and older to quickly set up a site of his or her own, has created an essential online literary ecosystem. Yahoo acquired the company for $1.1 billion in 2013 and has left its quirky user environment, made up of more than 231 million blogs, largely undisturbed.

“Tumblr’s very passion-focused. People think of us as a place for fans,” says Fershleiser. “This fan culture is being incredibly excited about the thing you love and wanting to make more and more of it.”

Hence, the pink and gray fingernails painted with a telephone receiver and coiled cord, inspired by the cover of Rowell’s 2014 novel, “Landline.” Similarly, a cornucopia of books has inspired embroidery, jewelry, drawings and paintings. And playlists. People cook recipes found in and inspired by books. There’s an entire Tumblr blog, Proof Reading (proofreadingbooks.tumblr.com), dedicated to matching books with appropriate cocktails.

Tumblr is particularly well-suited for sharing images, videos and GIFs, which might make it seem like an odd fit for wordy, bookish types. Yet there’s something in its alchemy — tools that allow anyone to follow anyone else’s blog, the ability to take anyone’s post and reblog it yourself with a single click — that makes it a primary online meeting place for certain readers.

“There’s a huge, huge YA book community,” Fershleiser says, and hundreds of thousands of them are following authors who are on Tumblr, including Rowell, Maureen Johnson and John Green.

Green attributes part of the success of his book “The Fault in Our Stars” (and its film adaptation) to the avid fans on Tumblr.

“My readers are evangelists,” he blogged on the site last year. “If you scroll through the ‘Looking for Alaska’ or TFiOS tags on Tumblr, you see a lot of people screaming at their friends to read my books, and making art about the books, and animating quotations from them, and so on. I am just really lucky in this respect.”

“There are a lot of booksellers and librarians and women in our 30s who like to read that stuff,” Fershleiser says proudly.

Other significant communities on Tumblr focus on science fiction, comic books, small independent presses and literary fiction. But YA is the center of Fershleiser’s book world. She launched Tumblr’s official book club in 2013 and gears its selections to that fan base, including the just-announced sixth book, “All the Rage” by Courtney Summers.

“I’ve always said I want to be the Oprah of the Internet. Being able to choose an amazing book and bring together a whole lot of people around it is really cool,” Fershleiser says. “The only requirements are that the author is in the Tumblr community, that there’s a lot to talk about, and that the book will be appealing to teens and adults.”

Because of the interface, the discussion remains extremely upbeat. Tumblr’s reposting function allows the originator to see all later uses of his or her post.

“It’s probably a less negative place than other social sites,” Fershleiser says. “When I want to respond to something, I reblog it onto my blog, so I’m not going to do that to call someone a ‘buttface.’”

That collegial atmosphere has made Tumblr a place where bookish young women have come to feel welcome to express themselves; it’s become a haven for enthusiasm and girlish cheer.

As far as books are concerned, it’s not much of a critical discourse — there are other places for that: newspapers, print journals, websites like the Los Angeles Review of Books. But in those places, you can’t celebrate your favorite novel by designing an outfit for its main character or creating a playlist — unlike on Tumblr, where if the author sees what you’ve done, so much the better.

“For people who don’t live in New York and go to publishing parties, or get to come to the L.A. Times Book Festival and meet writers,” Fershleiser says, “it’s a really interesting opportunity to connect.”