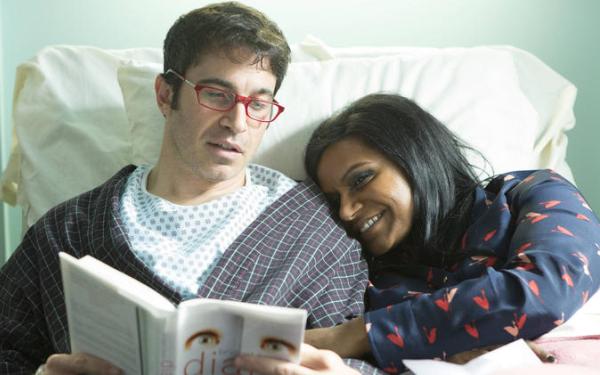 If TV pilots are any indication, the four major networks are planning fall lineups that could make prime-time television more diverse than ever.

NBC has "The Curse of the Fuentes Women," a drama with a magical-realism bent about a Latino family, and "Love Is a Four Letter Word," a cross-cultural comedy from Korean American writer Diana Son.

ABC is remaking the film comedy "Uncle Buck" with African American comic and rapper Mike Epps in the title role made famous by the late John Candy. CBS is rebooting "Rush Hour" with Justin Hires, a black actor and stand-up comic whom network executives discovered at a diversity showcase in 2011.

Several factors are driving the trend, including the unexpected success this season of attention-grabbing programs such as Fox's hip-hop soap "Empire" and ABC's "Fresh Off the Boat" and "Black-ish."

Then too, the minority population is growing while network viewership is declining. Targeting more shows to minority groups is seen by the networks as a way to build their audiences, while also distinguishing them from cable's elite dramas, which are overwhelmingly white.

"The networks aren't exactly rolling in viewers, and I think part of that is because maybe the programming hasn't been as diverse as it could have been," said Jennifer Salke, entertainment president of NBC. "It's good business."

To help connect with a broader, more diverse audience, Salke said her network is seeking programs that reflect "what the world actually looks like."

The development trend parallels what viewers have been seeing for the last few years on TV screens. Broadcast series are gradually getting less white, at least in front of the camera.

Minority actors had 6.5% of the lead roles in broadcast TV series during the 2012-13 season, up from 5.1% the previous season, according to a 2015 report on diversity in TV and film researched by UCLA's Bunche Center. The report cited the effect of series such as "Scandal" and "The Mindy Project," both of which have found devoted audiences and feature nonwhite women in the lead roles.

"Television took awhile to catch up to the idea that the population had changed," said Patrick Moran, who runs the studio division for ABC. That's the network home of African American show runner Shonda Rhimes, whose hits such as "Grey's Anatomy" and "Scandal" have changed the face of prime time. "Television was kind of lagging behind."

But TV still has a long way to go before it adequately represents the U.S. population.

Broadcast networks are more aggressively courting minority viewers partly because that might be one of the few audience segments left in play.

Cable networks such as AMC, FX and HBO have done an effective job of splitting the audience with highly acclaimed shows such as "The Walking Dead" and "Game of Thrones." Those two series have been criticized on diversity grounds, however — "Dead" for frequently killing off black male characters and "Thrones" for being too white in general.

Indeed, the trend is so pronounced that a backlash has already mounted in some quarters, revealing the high level of sensitivity surrounding the subject.

The industry news site Deadline came under fire in March after it published a story saying unnamed talent representatives were grousing about lack of work for white clients.

Rhimes sent a message to her Twitter followers, saying the story was "so ignorant." Deadline's co-editor, Mike Fleming, later apologized, but neither he nor the story's writer returned emails seeking additional comment.

Networks will announce their fall schedules in mid-May. They are currently screening pilots — test programs for long-term series — before sample audiences, which will help them determine which shows make the cut.

But TV's spring of diversity may be deflecting attention from larger forces at work. It's going to take a lot more than a pilot season filled with nonwhite faces for the mainstream TV industry to change its ways, some experts say.

According to a 2015 TV staffing brief researched for the Writers Guild of America, fewer than 6% of executive producers on TV series this season were minorities. Staff writing jobs were just 3.5% minority.

Headlines about nonwhite casting tell only part of the story, said Darnell Hunt, a UCLA sociology professor who has spent years studying race and the media industries and who helped lead work on the WGA and diversity reports.

"Diversity behind the scenes does make a huge difference in terms of the actual content of what you produce," Hunt said. "The stories that are told, the way characters are sketched has a lot to do with what happens in the writers' room."

Thus, series such as "Empire" and "Fresh Off the Boat" remain exceptions, standouts that draw attention partly because series told from a minority point of view remain relatively rare.

"Decision-makers are often quite risk-averse," Hunt said. "They go with what's comforting to them … surrounding themselves with colleagues who travel in similar circles, have similar experiences and often kind of look like them — i.e., white men, for the most part."

Hunt said he's hopeful that the new shows will "seal our understanding that diversity in front of the camera needs to be supported by diversity behind the camera as well."

A glance at the pilot lineup reminds one that the networks remain businesses that tend toward the tried-and-true rather than the innovative. Fox is rebooting the sci-fi feature "Minority Report" as well as one of the most-recycled stories in Hollywood, "Frankenstein." "Uncle Buck" and "Rush Hour" may feature nonwhite lead actors, but they are still derived from old movies (and in the case of "Uncle Buck," it's even been adapted for TV before, as a 1990s sitcom starring Kevin Meaney).

Of course, it's possible that come next month, network executives will announce fall lineups that feature little of the diversity seen on display in the pilots currently being made.

But for right now, broadcast TV — a format in need of all the selling points it can get — is touting diversity as a draw.

"People want to see themselves on television," NBC's Salke said. "That doesn't mean we need to program that way exclusively. It should be a balanced view of the world.

"We're broadcasters," she said. "We're trying to bring everybody into the tent. And that tent is full of every color of person."