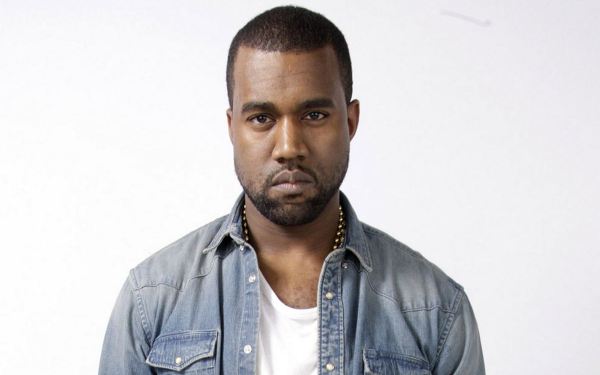 When, Kanye, when? Undetermined release date for 'So Help Me God' is becoming norm in music industry.
(Credit: consequenceofsound.net)

For Kanye West fans, the arrival of a new record is a given. It’s got a name, “So Help Me God.” Producers are attached. He executed his prerequisite stage-storming, attention-grabbing viral moment at the Grammy Awards. Paul McCartney, we have been informed, is heavily involved. West appeared on Coachella stages twice in two days.

But like many high-profile recent releases by Beyonce, Kendrick Lamar, Rihanna and others, one key question remains: When will it arrive? Next week? A week from Thursday? Tonight at midnight? Will he wait until the summer? (And will it arrive first via Spotify, Tidal or iTunes?)

Who knows anymore? The release schedule is a mess, and further change is afoot in the form of a pending switch in the global release date. After decades of delivering new albums (tapes, LPs, compact discs) on Fridays in Europe and Tuesdays in America, physical and digital long-players from major labels and the imprints they distribute will come out at the end of the workweek.

The shift is part of a larger upheaval. Across entertainment media, release dates are becoming a quaint notion. A chunk of Madonna’s most recent album, “Rebel Heart,” was first heard through a hacked leak. Netflix unveiled the new season of “House of Cards” by surprise. Lamar’s “To Pimp a Butterfly” mistakenly came out a week early on iTunes, followed by a Twitter-tirade on the part of Lamar’s camp. The first four episodes of “Game of Thrones” leaked early. Films open in different markets in different weeks, or arrive simultaneously on big and small screens. New TV series pop up year-round, rather than every autumn.

By contrast, Taylor Swift’s multiplatinum recent album “1989” arrived like thousands of unveilings: on a Tuesday. Sticking to a standard model that has anchored new work, she set a hard date months in advance, teased its release with an old-fashioned marketing campaign, a string of appetite-whetting singles, a Target exclusive and a few choice media appearances. Four months later, the album remains a top seller. Will she follow that same strategy on her next one? It’s doubtful.

The worldwide industry consortium International Federation of the Phonographic Industry, or IFPI, announced that starting this summer on a to-be-announced date, its members, including the international major labels Sony Music Entertainment, Universal Music and the Warner Music Group, will start issuing new releases on Fridays. The rationale: It will help prevent piracy and lure consumers on the days they spend the most entertainment dollars.

“Music fans live in the digital world of today,” wrote IFPI head Frances Moore in February in announcing the shift. “Their love for new music doesn’t recognize national borders. They want music when it’s available on the Internet — not when it’s ready to be released in their country.”

Retailers and many smaller record labels are vehemently opposed to the change, even if they’re helpless to fight it. Arguing that it’s a top-down effort organized by the majors, many complain that the shift will eliminate the so-called Tuesday bump. It’s a crucial day for music retailers large (Amazon) and small (mom-and-pop shops), the latter of which for decades have scheduled their weeks accordingly. It’s also a good time for in-store performances, a tool that has helped acts who lack major-label backing.

Besides, Friday and Saturday are already heavy traffic days for stores, argue opponents of the shift. Early-week releases bring in bodies that might not otherwise be there. The current schedule also gives shops time to restock and correct any errors before the weekend.

It will also pit new albums against new movies, which for decades have opened on Fridays. Both will be aiming for the same demographic’s dollars and pitching late-week coverage to media outlets.

“I just don’t understand why the majors have ignored this and are doing something that so clearly is going to hurt one of the principle routes of breaking the artist,” said Martin Mills, the president of the Beggars Group, a collection of respected labels including Matador, 4AD and XL. The company, which also has a financial interest in the retailer Rough Trade, puts out music by artists including Adele, FKA Twigs, Vampire Weekend and dozens of others. “They may possibly sell a few more copies of the biggest records but at the cost of a loss, potentially, of the smaller records, which tend to sell outside those peak times.”

Marc Weinstein, co-owner of Hollywood’s Amoeba Music store, has accepted the change even if he’s not happy about it. Sitting in the massive store’s upstairs green room, where acts relax before gigging on a stage overlooking racks of CDs, albums, DVDs and music ephemera, he didn’t hide his disappointment.

“I don’t know how good it is for the industry. It sounds like it will be good for them. And I say ‘them’ because it’s them versus us,” he said. “For us it’s really inconvenient.” Over the years dozens of artists including McCartney, Norah Jones, the Black Keys and Lana Del Rey have feted fans at Amoeba-Hollywood. Although record retailers have long been music’s spiritual home, the change further confirms stores’ diminished influence.

“They just don’t factor us into the equation,” said Weinstein. “It’s all about Spotify and iTunes and all the powers-that-be in this business nowadays, and what they need and want. It’s hard to complain about it — that’s our positioning in the market.” Still, he added with a sigh, he predicts collateral damage. “It’ll become much more difficult to do cool in-stores on new release day. We’ll have to arrange them so it’s shortly after new release day.”

“It’s a big shift,” acknowledged Jeff Castelaz, president of Elektra Records, part of the Warner Music Group. But he said that the change was inevitable and, in the long run, would help artists and labels combat piracy. “Every time you put out a record you have holes. Wherever it comes out first in the world, the first kid who buys it and puts it on the Internet, it’s up there.

“I probably sound like a corporate wonk saying this, but really, you can’t stop evolution,” continued Castelaz, explaining that succeeding in “the vital music business” involves working with artists who tend to revel in upending the status quo. “If we’re about that, we also have to be about the revolutions and evolutions elsewhere in the business and elsewhere in the world.”

Castelaz, who helped break bands including the Silversun Pickups, Fitz and the Tantrums and Minus the Bear, stressed that he “cherishes” both mom-and-pop stores and big-box retailers, but the industry is moving headlong toward a streaming model, one in which listeners will likely be paying for subscription plans. According to the Recording Association of America’s 2014 sales figures, there were 7.7 million streaming subscribers in 2014. Part of a segment that generated 27 percent of recorded music revenue, paid subscription services grew by 25 percent over 2013, earning just shy of $800 million.

The upside? If the trend continues, predicts Castelaz, “what we end up with is really cool, high-quality physical product — unique products with books, special printing. All that fun stuff becomes the thing that people go to the Amoebas and the Rough Trades of the world.”

“Well, yeah, part of the job of retailers is to make an event out of retail,” concurs the Beggars Group’s Mills tartly. “It’s just helps if you’ve got new stuff in the store at the right time of the week.”

All this wrangling over release dates illuminates the overall chaos. After all, for a big name like West, the “right time of the week” to drop “So Help Me God” is whenever he says it is. Who knows? With a title like that, it may just come out on a Sunday morning.