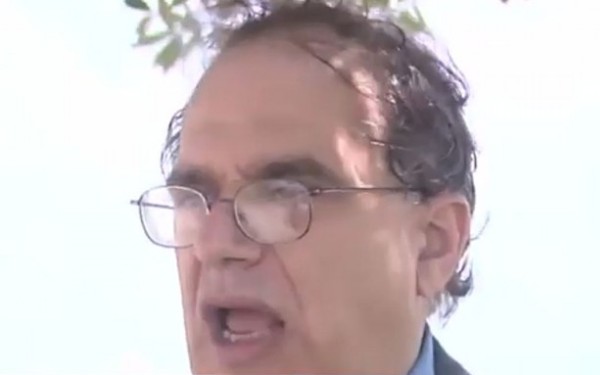 One college professor found his students so hopeless that he flunked them all and quit the course. In an email to his management class at Texas A&M Galveston, professor Irwin Horwitz came down hard.

"I am frankly and completely disgusted. You all lack the honor and maturity to live up to the standards that Texas A&M holds, and the competence and/or desire to do the quality work necessary to pass the course just on a grade level," he wrote, according to Inside Higher Ed. "I will no longer be teaching the course, and [you] all are being awarded a failing grade."

In the message, Horwitz said students had cheated, told him to "chill out," called him a "[expletive] moron" and spread false rumors about him online. He told KPRC news he even felt unsafe in the classroom at times, and had never thought so low of a class in his 20 years as a college professor.

"None of you, in my opinion, given the behavior in this class, deserve to pass, or graduate to become an Aggie, as you do not in any way embody the honor that the university holds graduates should have within their personal character," he wrote to the students.

In a telephone interview Monday, Horwitz stood by his decision to give failing grades to the entire class.

“I have nothing left,” said Horwitz, 53, who teaches ethics and business management courses. “I put my neck on the line for what I thought was the right thing to do.”

Horwitz blamed the unwillingness of the administration to enforce the Texas A&M honor code. “The administration is all about passing these kids through and making as much money as possible,” he said. The student who called him a “(expletive) moron” to his face was required to write a four-line apology, Horwitz said.

College Provost Louchouarn declined to go beyond a prepared statement: “We hold students accountable if there is evidence of cheating or misconduct. Similarly, we do not allow faculty to punish an entire class if there is no evidence of widespread misconduct or cheating. The University is appropriately evaluating the situation and will have no further comment until we have completed our process of gathering accurate information.”

Horwitz said he was out on sick leave because of a bad back and would not be returning to teach before the end of the semester.

Horwitz's online profile with Texas A&M shows he's taught dozens of courses for at least five universities since 1994 and has won recognition for both research and teaching. But scant student-published reviews of Horwitz are harsh.

RELATED: These are the 12 richest colleges in America

"Nah bruh this guy is a straight clown," said one supposed student rating Horwitz's work with the University of Texas Health Science Center on the website RateMyTeachers.com. Another user of the website Hallway.com called Horwitz "one of the least empathetic people I have ever had teach a class."

Horwitz told Inside Higher Ed that he had rarely failed students throughout his teaching career, but had never encountered a group as incompetent as his spring 2015 management course.

University officials told KPRC that the blanket failing grades will be reassessed and the department head will take over Horwitz's class for the remainder of the semester. Some students needed the required course to graduate with business degrees in May. But Horwitz alleged that his students remained too incompetent to deserve college degrees.

Visit the Houston Chronicle at chron.com