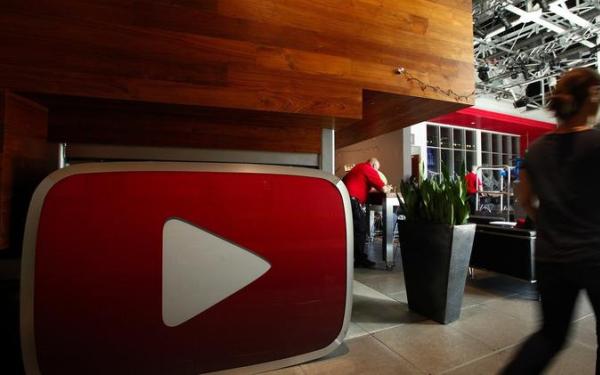 YouTube announced on Tuesday that it is collaborating with the DreamWorks Animation-owned YouTube network AwesomenessTV to release several feature-length films over the next two years.

The Google-owned video platform said the films, which will feature digital stars, will be produced by Brian Robbins, chief executive and founder of AwesomenessTV.

AwesomenessTV, which DreamWorks Animation purchased for $33 million in 2013, has grown into one of the Web's biggest multichannel networks for emerging online talent. The network, which has more than 7.5 billion total views and 112 million subscribers, has served as an important launching pad for YouTube stars.

"We work with amazing creators to make great short form content on YouTube every day," Robbins said in a statement. "We think the platform is really ready for long form, so now we will make movies that will star YouTubers and premiere on YouTube. We will turn YouTube stars into movie stars."

The hope is that the films will eventually become distributed elsewhere after launching globally on YouTube. The network and video platform are hoping to release the first of the films in fall 2015.

The announcement comes on the heels of a successful rollout for AwesomenessTV's film "Expelled." The comedy follows Felix (played by social media and YouTube star Cameron Dallas), a legendary prankster who seems to always charm his way out of trouble.

It launched in limited theatrical release in December 2014 and on demand at ExpelledMovie.com as well as iTunes, Google Play, Amazon and other VOD platforms.

It was trending worldwide on Twitter after its Los Angeles premiere. It debuted at No.1 on iTunes and stayed in the top 10 for four weeks.

YouTube also said it is partnering with four of its top creators -- the Fine Brothers, Prank vs. Prank, Joey Graceffa and Smosh -- "to help bring their next big original series to life."

The Fine Brothers, Benny and Rafi, who have over 17 million subscribers, will launch a new scripted comedy series, produced in partnership with Mandeville Films.

"We are excited to be part of this new phase with YouTube to continue our decade long passion to produce premium online shows," the Fine Brothers said in a statement. "This partnership with YouTube and Mandeville will take that to a whole new level. With our strong distribution and the support of our audience, we're ready to keep innovating."

“We’re beyond excited to partner with YouTube on this new series that represents our next step in creating longer format programming that our audience is eager to watch," they said in a statement. "To see our vision come to life on the platform where it all began means so much to us.”

The duo's film "The SMOSH Movie" got picked up by Lionsgate last year.

Prank vs. Prank, who have 14 million subscribers, will add celebrity guests to their prank war show.

Graceffa, who earned two Teen Choice nominations for his channels' video blogs, scripted series and short films, is leading a cast of YouTubers in a new murder mystery reality series.

"At YouTube, we have a core belief: we only succeed if our creators do," the company said on its blog Tuesday. "We decided to take an even bolder step to invest in ambitious projects from our top creators."

For more news on the entertainment industry, follow me @saba_h