Finally, an accurate portrait of Kurt Cobain in Montage of Heck 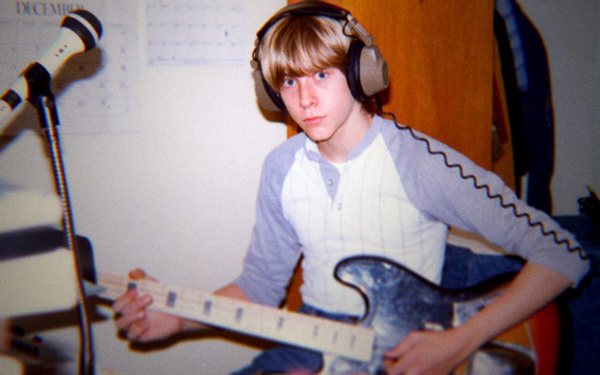 Montage of Heck is the story of a man. It is the unsanitized dissection of the Kurt Cobain myth—a legend beset by very mortal truths. But what new information does Montage of Heck present that hasn’t been deemed common knowledge among Nirvana faithful? More importantly, why is this film worthwhile for those not intimately familiar with one of music’s most indelible megastars?

Equipped with over 4,000 pages of Cobain’s writing and 200 hours of audio footage, director Brett Morgen was permitted unrestricted access to the Cobain Estate archives. And rather than curate a solemn ode, Morgen disentangles the densely coiled psyche of a man afflicted by clinical depression and a lifelong search for acceptance. The viewer is subject to a high–octane collage of previously unreleased journal entries, artwork, home movies, interviews and photography. Through this multimedia plexus, Cobain’s life is charted in chronological fashion: from alienated adolescence to revelatory punk mixtape; from overnight sensation to volatile relationship with Courtney Love.

In the film, Cobain is memorialized as a hypersensitive and highly ambitious malcontent, rather than a smug arbiter of apathy. From an early age, a tremendous motivating force of Cobain’s artistic output was the fear of rejection. Devastated by his parents’ divorce and unable to conform to red, white & blue American culture, a young Cobain engaged in routine self–exploratory art.

These creations—specifically the artwork and journal entries—act as the heartbeat of the film. The internal fears and desires of Cobain are texturized, and the results are equal parts stunning and tragic. Which is why, in my opinion, the movie is strikingly effective: it identifies the joys and despairs of Cobain in an honest, intimate approach.

In Super 8 home footage, Kurt is the goofy guy in love—awkward and awestruck. He’s the proud father beaming in adoration. In scribbled notebooks, he’s the young musician cycling through band names and lyrics. At the same time, he’s the kid who couldn’t get laid. He’s the drug addict and the misunderstood artist. He’s the misanthrope, disenfranchised in the middle of a crowd.

During an interview with Noisey, director Brett Morgen reflects on Cobain’s breadth of creative output: “If you buy into this idea…that all artists are creating an autobiography in their art, our experiences are embedded and reflected. I think Kurt left behind one of the most extensive autobiographies of my generation.” And although Morgen follows the archive’s breadcrumbs in earnest, one gets the sense that the film can only achieve so much. Which is to say, one can never really know Kurt Cobain.

Condensing one of music’s most complex minds requires exacting poise, and Morgen applies the confidence to do so. We enter into close orbit of Cobain’s brain, revealing him as human—not some romantic factoid or teenage angst posterboy. In order to achieve this effect, Montage of Heck is relentless—by closing credits, you’ll feel emotionally drained. The film is loud—both sonically and stylistically, 132 minutes pulse with the befitting energy of a live rock show. And it is tragic—the knowledge of Cobain’s inevitable death lingers like a somber undercurrent in each scene.

Yes, Kurt Cobain was a bona fide artistic genius, but he was not immune to the pressures of the everyman. It follows that the film is less validation of the tortured artist, than it is confirmation of our shared human experience.

Montage of Heck premiers Monday, May 4th on HBO.