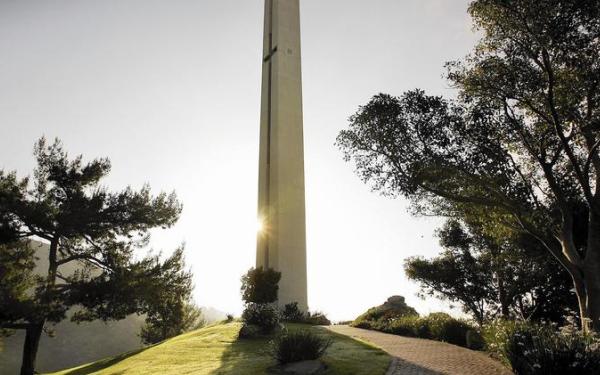 The Pepperdine campus; it and other schools have been cautious when adding new majors, both for financial and practical reasons.
(Credit: Al Seib, Los Angeles Times)

Some Pepperdine University students and faculty want a computer science major at the Malibu campus, saying that without one, graduates are at a competitive disadvantage during their job search. Administrators say they'd be interested in the idea.

But like any major company, colleges and universities have to weigh their mission statement, check market data and consider the bottom line before offering a new product — or major.

"We understand that students like it because it makes you more employable, but you have to think long-term," said Rodney Honeycutt, the chair of Pepperdine's natural science division, which oversees the computer science program.

Like many colleges, Pepperdine has been cautious when adding new majors, both for financial and practical reasons. When the school began offering a sports administration program last year, it did not hire additional faculty but instead shifted courses and staff. Administrators said they could not recall adding faculty to staff a new major any time over the past decade.

Occidental College staff voted this month to create a major for comparative studies in literature and culture, which replaces the one for German, Russian and classical studies. The move didn't require new faculty.

Even when colleges launch new programs, the rollout typically is slow. Loyola Marymount University started a journalism program in 2002 but didn't bring in a new professor at first. An English faculty member initially taught the courses.

As the program grew from about a dozen students to over 200, Loyola Marymount added two new tenure-track faculty and other part-time instructors.

"We had to prove there was a need," said Linda Bannister, an English professor who oversees the program.

At Pepperdine, all computer science classes are taught by Stan Warford and a visiting professor, Brad Cupp. "The program as it stands is not sustainable," the two wrote in an academic proposal this year.

They proposed hiring an additional two faculty members and offering a full major. The extraprofessors would allow the school to double the size of its computer program, which graduated six students this year.

The demand for computer science classes at Pepperdine is growing, the professors said. From 2006 to 2011, average enrollment in introductory computer classes was about nine. Since then, about 25 undergraduates have been taking those courses.

Adam Inglehart took one of those classes the second semester of his freshman year. Inglehart's father is a software engineer, and the Santa Barbara native initially wasn't interested in following in his parent's footsteps.

"But then I got curious," he said.

He liked the class so much that he decided to seriously study computers. He briefly considered transferring because Pepperdine didn't have a major and because he thought it might be difficult to get a job, especially since the program concentrates more on the theoretical side of programming.

But Inglehart, 21, said he didn't want to leave the campus. He also received an internship through a new program the college offered last year. He worked on a Web application for the school's finance department that made it easier to enter data and replaced the old Excel-based system.

"I got to learn the practical side, not just the theoretical side," he said.

Inglehart said he got enough experience to get a job with Tongal, a Santa Monica-based crowd-sourcing company.

"The internship made a huge difference," he said.

It could be difficult to hire computer science professors, since there is large demand and programmers can command higher salaries outside academia, Honeycutt said. But Pepperdine is committed to providing students with the classes, he said.

"We're pretty sure technology's not going anywhere," he said.