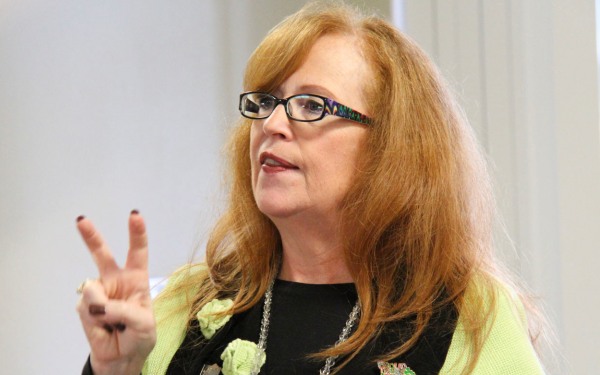 The veteran administrator and local community college graduate, who was hired as Pierce College president in 2010, was offered a position as the district’s vice chancellor of institutional effectiveness. Burke would be charged with helping all nine colleges, including Pierce College, get accreditation every six years, officials said.

“Pierce College had extremely positive marks in the way they ran the college” during its last accreditation, said Steve Veres, vice president of the LACCD Board of Trustees. Burke is “one of our strongest presidents and one of our most experienced executives when it comes to accreditation. She’ll now be at the helm of the district overseeing accreditation overall.”

Scott Svonkin, president of the board, said he was “thrilled that Dr. Burke will assume this important role.”

“The most important thing we do is help our students achieve their goals, a better life and a brighter future,” Svonkin said. “She will make sure all colleges get full accreditation, that they are implementing plans to help our students succeed.”

But Burke, a Glendale resident, said Tuesday that “no final decision” has been made.

“We are discussing it; that’s all that I can say,” she said by phone. “It’s a compliment, obviously, that they would have faith in me to lead an effort such as that.”

The Accrediting Commission for Community and Junior Colleges, Western Association of Schools and Colleges recently moved all of the district’s colleges onto the same accreditation cycle whereas before three schools were accredited every two years. Now, all nine colleges will now be up for accreditation in March 2016, district officials said.

“It’s a very substantial undertaking and it just requires a lot of management ability and people power to sort of cover all bases of it,” Veres said.

“The last time Pierce was accredited, it went through an extremely smooth process and received full accreditation,” he said. “In terms of how you evaluate a campus in relation to the rest of the system, Pierce has done very well, and Kathleen, I think, is very much responsible for the outcome.”

Burke said she has always been interested in accreditation and has held several accreditation-related positions at the district already. She served as vice president of academic affairs at Los Angeles Mission College, East Los Angeles College and Los Angeles Trade-Technical College, she said.

The vice chancellor position is currently filled by an interim employee and has been for more than a year, said veteran LACCD Trustee Nancy Pearlman.

Burke is “a very qualified candidate for that position,” Pearlman said. “She has experience in our district and has been at numerous colleges, and the district position requires someone with knowledge of our campuses and someone with issues of accreditation and student success.”