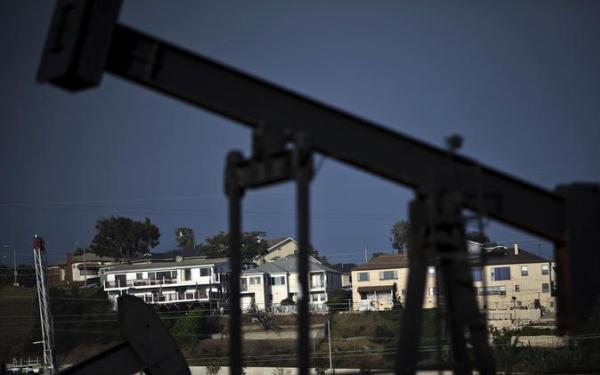 Despite concerns from some residents, scientists say two recent earthquakes centered in the Baldwin Hills area — including one Sunday morning — do not appear to be connected to drilling operations at nearby oil fields.

Seismologists said the earthquakes were far enough below the surface that drilling at the Inglewood Oil Field was not the cause. The fields are the largest contiguous oil-producing site in greater Los Angeles.

A typical human-induced earthquake is shallow — about a mile below the surface, but Sunday's 3.8 magnitude quake was more than seven miles deep, seismologists said.

A 3.5 magnitude quake in the same area April 13 occurred at a depth of six miles.

"That's where we expect to see tectonic earthquakes, and where we've seen them in the past," said Egill Hauksson, a Caltech seismologist.

Both quakes were considered "light" by the U.S. Geological Survey and caused no damage. But they were felt over a large swath of Southern California.

Sally Hampton was jolted awake by the earthquake Sunday morning. Hampton, a 35-year resident of Baldwin Hills, said she wants the county and the state to provide more oversight and begin monitoring seismic activity near the oil field.

"I don't want to rush to judgment and assume anything, but I would like to have the facts, and I don't know where to get them sometimes because I don't know who to trust," Hampton said.

Residents living around the oil fields have long complained about ground movement damaging their property.

"We have information that something is going on in the Inglewood field that causes it to rise in some places and sink in others," said Tom Williams, a geologist and senior technical advisor for the Citizens Coalition for a Safe Community in Baldwin Hills and Culver City. "There have been some surface indications, that is, the breaking of curbs and sidewalks and asphalt."

But the owner and operator of the field commissioned a 2012 study that found that ground movements were not related to the company's operations. The report's author said that some properties were damaged by natural slope instability, which was induced by rainfall.

The study also found that fracking, a controversial oil extraction method that was used at two wells, did not have significant effects on the environment or on the health of those living near the 1,200-acre site.

A Caltech seismologist cautioned that the school cannot officially comment on whether oil production is a factor in earthquakes because it does not have "information about industrial activities within the oil fields."

Oklahoma, the report found, recorded more earthquakes of magnitude 3 or higher than California in 2014. Many of those quakes "are located near deep fluid injection wells or other industrial activities capable of inducing earthquakes," the study said.

The report brought new focus on fracking, which involves shooting a high-pressure mix of water, sand and chemicals deep underground to extract oil and natural gas. The resulting wastewater is often forced underground as well but can trigger earthquakes on faults that haven't moved in a very long time.

There has been much debate in California about the possible dangers of fracking, particularly the heightened risk of quakes. The L.A. City Council last year agreed to study a possible ban on the practice, citing seismic concerns among the reasons.