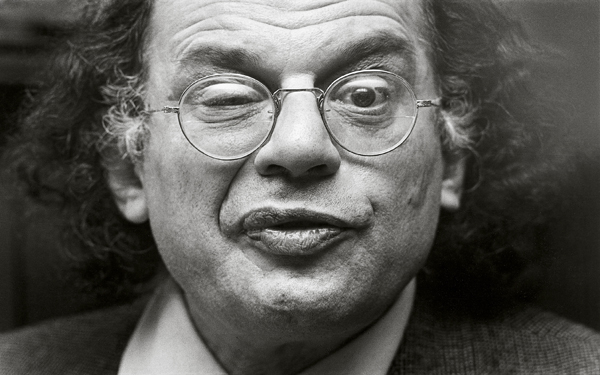 As an undergraduate, I, like many of my equally aimless peers, had little life plans beyond which frat party I was going to get sh*tfaced at over the weekend and which member of the opposite sex I would attempt to go home with. Other than that, I was pretty much floating. Paying back loans, securing a job, becoming a reasonable human being—all that could wait. One thing I did know, amidst the slew of scary things that come with growing up, was that I didn’t want to become a robot. I didn’t want a 9 to 5 desk job and the mind-numbing subordination that comes with it. Somewhere in that four-year haze, I found Allen Ginsberg’s seminal poem Howl. And though it was printed nearly six decades prior, the core of this wild, vulgar and vehement poem still rang true, especially for a drifting, career-ambivalent college student.

On a rare rainy evening in Los Angeles, the entertainment industry gathered at the Ace Hotel in downtown to celebrate the 60th anniversary of Ginsberg’s Howl. From Courtney Love to comedian John Mulaney, the lineup featured performers from far-flung walks of artistry. Howl, the evening’s honoree, is a raucous romp split in three parts: autobiographical scenes of drug use and homosexuality; the nation’s materialistic constructs (“Moloch”) preying on the creativity of Man; and a tribute to Ginsberg’s good friend, Carl Solomon, whom he met in a mental institution. It’s a staple of American literature, representing the 1950s Beat Generation with its anti-establishment ideology and stream of consciousness flow. “I saw the best minds of my generation destroyed by madness,” opens the iconic first line of Howl. So renowned that it’s still taught, enlivening apathetic English students over half a century later. And because the work stuck with me so long after college, I figured I’d check out the event. Plus, anytime Amy Poehler is scheduled to have a rap battle with Chris Parnell, you don’t say no.

Basked in cellophane blue lighting, a jazz band lured attendees from the lobby to sit before the gothic cathedral style stage. Ginsberg, being a hero of the counterculture and an academic, attracted an eclectic turnout ranging from hipster intellectuals to college professor types. In front of me sat a middle-aged couple that clearly had ingested some sort of substance, judging by the childlike giggling and banquet of junk food they had purchased in the lobby. Soon after the hodgepodge of humanity was settled, a young guy—wearing combat boots, skinny jeans, a blazer and a baseball cap—came onstage. He looked like the type of BilBro DoucheBaggins that would get girls to undress in his Brooklyn apartment, photographing them and convincing them it was “art.” But before poser Shia Labeouf graced us with his exit, he announced that the evening was benefitting the foundation of “the man that made you afraid of hallways,” David Lynch.

Instead of donating money to the poor and underprivileged, the David Lynch Foundation teaches them transcendental meditation. After a short video displaying the cause, the show got underway with a techno DJ who supplanted the chorus of his robotic song with a Ginsberg recording: “Go f*ck yourself with your atom bomb.” Apparently, things had really kicked in for the stoned couple in front of me. The woman slouched low, flopping one hand in the air like an unmanned fire hose. The man leaned forward and sat completely still, his eyes as wide and bare as his bald head; he stared intently, like he had front row seats to his own birth.

Next up was Poehler and Parnell, the most anticipated rap battle since the last scene in 8 Mile. The duo rapped Ginsberg’s “The Ballad of the Skeletons,” a song he originally performed with Paul McCartney, switching off each verse as the DJ played an instrumental track. Though highly entertaining to see the actress famous for sweet Leslie Knope firing off expletives, the two of them should stick to their day jobs.

From then on, it was a medley of bands playing one or two songs, honoring Ginsberg—highlights being the gravel-voiced Eric Mingus playing an acoustic guitar and convulsing onstage like Joe Cocker at Woodstock. And before you knew it, it was intermission or as Will Forte came out to announce, sitting halftime. In fact, after Forte’s announcement, a man looking like old blues musicians of yore—dark glasses, low brim hat, cigarette and beer in hand—came out to strictly scold the guests from leaving or even stretching their legs. Because? Nobody could quite figure it out. The woman in front of me ignored the warning, heading to the lobby for more munchies.

After the abnormal intermission, Forte returned with Fred Armisen of “Portlandia” for a poetry reading followed by a prolonged, unbearably awkward staring contest. Apparently, rehearsal time had been rushed. Both Courtney Love (skeletal yet still sexy) and Lucinda Williams (grandma, is that you?) belted out songs with drawling, opiate-soaked angst, like the 90s never ended. John Mulaney came onstage with characteristic nasal comedy while technicians set up a grand piano for the next act. Proclaiming his own appearance, Mulaney said, “Finally, a f*cking artist on this show.” To which, an older, bespectacled woman sitting next to me scoffed like she had been served cold oatmeal at Marie Callendar’s. The piano was for Nick Cave, who looked like a goth gopher. Or better yet, like Marilyn Manson f*cked a rodent (which, let’s be real, isn’t so farfetched).

And from then on, the art-school-dropout/sexual-predator-announcer-bro declared that they would cap off the evening with some jamband jazz and more poetry. Though the performances were highly entertaining and I feared the spooky forewarning of the spectral man from before, two and a half hours had been enough. I decided to disobey what others had told me and what society (Moloch!) expected of me and sneak out early. That’s what Ginsberg would’ve wanted. 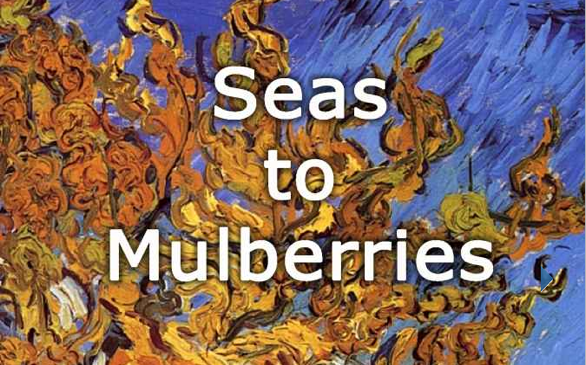