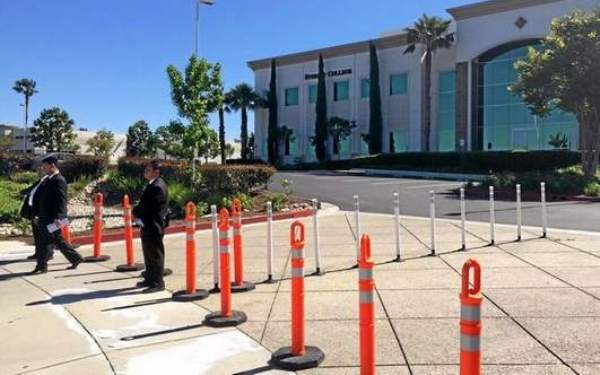 Three days after the company declared bankruptcy, a group of United States senators are calling on Attorney General Loretta Lynch to investigate the executives in charge of Corinthian Colleges.

“Corinthian’s collapse over the past year has come at the cost of hundreds of millions in taxpayer dollars and at the expense of thousands of students who were enticed to enroll in - and to incur massive debt for - failing school programs,” the letter, signed by seven Democratic senators, reads in part. “At the same time that Corinthian’s executives were enriching themselves on federal student loan dollars, with the CEO making an annual salary that exceeded $3 million, allegations of Corinthian’s misbehavior grew increasingly widespread. These included allegations that Corinthian officials falsified and manipulated data that were provided to students and to the federal government, among other deceits and misrepresentations.”

Corinthian Schools Inc. filed for bankruptcy Monday in Delaware, a week after the Santa Ana-based for-profit school shut down all of its California campuses. The company listed its assets as between $10 million to $50 million, with estimated liabilities between $100 million to $500 million.

The vocational college company came under fire two years ago when the Attorney General’s Office filed suit, alleging that the company targeted its advertising toward low-income residents with inflated claims of job placement rates following graduation and training.

“It is critical that the Justice Department get to the bottom of whether Corinthian and its officials violated laws within the Department’s jurisdiction,” the senators’ letter continues. “While we recognize that investigations by certain Justice Department components may not be disclosed publicly, we seek your confirmation that the Department is fully aware of the Corinthian situation and is responding diligently. We note that Corinthian has reportedly been the subject of investigations in one or more False Claims Act cases and that federal prosecutors have issued grand jury subpoenas to Corinthian in at least three states. We also note that in recent years Corinthian has been the subject of civil complaints by the Consumer Financial Protection Bureau and three state attorneys general, has been under investigation by the Securities and Exchange Commission and at least 20 more attorneys general, and was placed on heightened cash monitoring and fined $30 million dollars by the Department of Education. With this much smoke surrounding Corinthian, it is incumbent on the Justice Department to search carefully for fire.”

The chain of schools once operated more than 100 campuses across the United States and Canada. But on April 27, school officials closed their last remaining 28 campuses, less than two weeks after the U.S. Department of Education announced a $30 million fine for misrepresentation.

Corinthian Colleges’ closure left about 16,000 students in five states in the lurch, some of them just weeks away from graduation. Colleges under the Corinthian umbrella included Everest and WyoTech schools in California, Arizona and New York and Heald College campuses in California, Hawaii and Oregon. On April 14, the Department of Education announced it was fining Corinthian $30 million. According to federal officials, Corinthian officials failed to respond to allegations that the school lied about its post-graduation job placement success — a key selling point for many for-profit colleges — and faked grades and attendance records.

The senators’ letter follows a bipartisan group of Sacramento legislators announcing that they will be introducing legislation to help students affected by the April 27 shutdown, which included Everest and WyoTech schools.