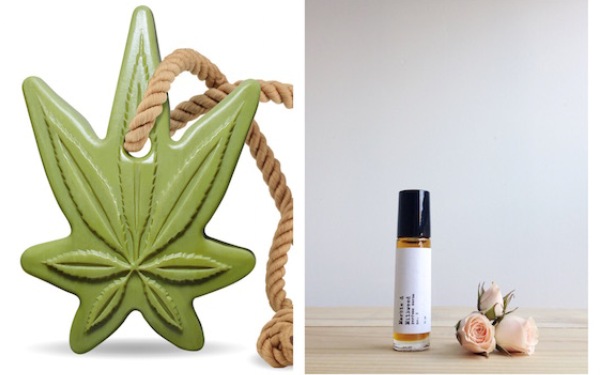 The Body Shop's hemp soap and Marble & Milkweed's no. 4.

Female friendship gets blurred with obsession in Harriet Lane’s new novel Her. Two very different women, Emma and Nina, play a sort of cat and mouse game, with thrilling results.

Baton Rouge turns from benign to ominous when fifteen-year-old Lindsey Simpson is the victim of an attack. The insightful and propulsive My Sunshine Away, by M.O. Walsh tackles a myriad of themes, including the elusiveness of memory.

Subtle and sophisticated, Faby Nature’s nail varnishes will bring out your inner sophisticate. Estruscan Clay makes even the slightest suntan stand out.

Mad Hippie takes pride in identifying their ingredients and knowing from whence they come. The Face Cream uses only natural ingredients to bring forth your natural glow.

The Candlewick Press series of books based on cities fold out like accordions, giving a bird’s eye view. Berlin, illustrated by Sara McMenemy brings the sites to life, like Charlottenburg Palace and the Tiergarten. If you can’t go…

Lip balms are not all created equal and emerinC’s Scientific Organics proves this with their super antioxidant lip balm. Lips often dry out in Los Angeles with our desert air and hot sun but this wonder salve will bring them back to life.

For fans of writer/director John Hughes, comes the extensive and tricked out John Hughes: A Life in Film. Brimming with tidbits, facts and ephemera, this tome tells tales out of school in regards to such cinema classics as Ferris Bueller’s Day Off, The Breakfast Club and Home Alone.

Phillipa and Daisy have an unlikely friendship: that between a human and a…fairy. Liz Kessler’s Philippa Fisher’s Fairy Godsister is a charming, modern twist on a fairy tale.

The coolest soap on a rope ever, The Body Shop’s Hemp version looks like a giant marijuana plant. Not however, the leaf of an illegal substance but rather the super eco and genius hemp, this bar is “hope not dope.”

The winch tightening with each page, Harriet Lane’s class study, Alys, Always, is a great read. A tale of fortuitous circumstances and moral choices, this novel echoes the greats of British literature.

Funny and smart, an unfortunately uncommon combination, Nina Stibbe’s Man at the Helm is the kind of book you pass on to friends until it begins to fall apart at the binding. This story of a family on the verge of a nervous breakdown crackles with truth.

Demeter’s library of fragrances number in the hundreds. Like capturing memories, their clean, often simple scents evoke specificity, like tomato plants or mimosas. The “Linen” is especially evocative, capturing a clean, summer smell that you may have only experienced in your mind.

Brimming with high moral principles, Robert Lautner’s Road to Reckoning travels the hallowed ground of the great True Grit. Thomas Walker’s journey of revenge in 1837 America fits as comfortably in the canon as a well-worn glove.

Cool and fabulous, Marble & Milkweed’s fragrances skip past cheap romance to somewhere closer to the intersection of picturesque and sublime. The no. 4 is a heady mix of yuzu, tarragon and ylang ylang, making for the perfect summer scent.

The first installment of Jeff Smith’s self-published masterpiece, Bone, is now available in a special tribute edition with 32 pages of bonus artwork. Part comedy, part fantasy epic, this work became one of the most successful comics ever.

The little movie that could, Wes Anderson’s latest film transmogrifies into a gorgeous book. The Grand Budapest Hotel, by Matt Zoller Seitz, features essays, interviews and page upon page of sumptuous photos.

Sugar comes in a bunch of overlooked varieties. Shauna Sever attempts to right this wrong with her mouth-watering cookbook, Real Sweet. Why not substitute plain white sugar for turbinado, maple syrup or agave nectar?

The number of books that combine autobiography and food has increased exponentially in the last decade. Sink your teeth into Sasha Martin’s Life from Scratch, and get your fill of wholesome goodness.

Imagine a good friend committing murder seemingly out of the blue. How would this affect you? Amy Butcher’s Visiting Hours explores the aftermath and more in a story that brings to mind the documentary The Jinx and the podcast Serial.

A woman and her relationship with her very own bird of prey doesn’t sound like your run of the mill tale. And it isn’t. Helen Macdonald’s H is for Hawk is scooping up scores of much deserved awards like Halloween candy.

Who doesn’t need a little counsel once in awhile? Tiny Beautiful Things, by Cheryl Strayed (Wild) compiles essays from The Rumpus’s Dear Sugar columns. Read it yourself or give it to someone in need.

Delving into a chapter of American history that has gotten very little attention, David Treuer’s Prudence follows a disparate group of mostly Native American characters living on Ojibwe land in Minnesota during the 1940s.

Cheryl Strayed’s facility with language and emotion comes together perfectly in her first novel, Torch. With restraint and insight, the author delves into the plight of the Wood family as they navigate cancer.

Alexander McCall Smith’s delicious new “modern retelling” of Jane Austen’s Emma sparkles with charm. Managing to honor the original with a gentle wink makes this updated classic a rare beach read that you can hold up high. 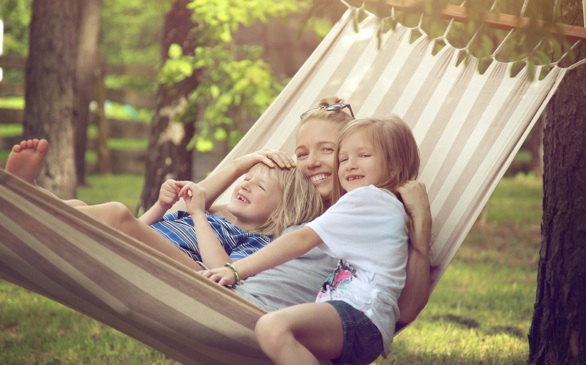 Mother's Day
How to Celebrate Mother's Day While in College: Whether she’s in town or out of town, make your mom feel special this year.
3,874 views
bid=||