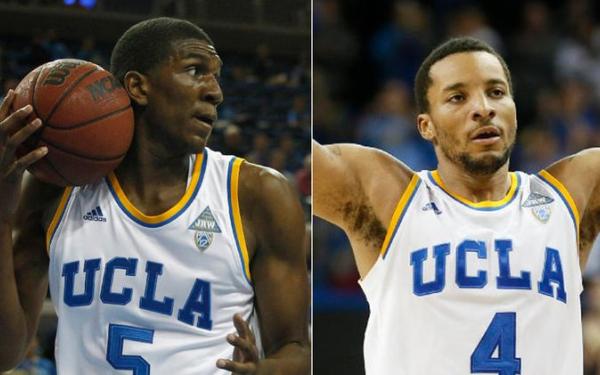 While the NBA combine won't feature two of the top-ranked players in this year's draft class -- Karl-Anthony Towns (Kentucky) and Jahlil Okafer (Duke) -- UCLA will be well represented with both Kevon Looney and Norman Powell attending the event in Chicago May 12-17.

Looney nearly averaged a double-double for the Bruins putting up 11.6 points with 9.2 rebounds per game for the Bruins in his only college season. The 6-foot-9, 220-pound 19-year-old is ranked as the 18th best player available by DraftExpress.com.

Looney was the second leading rebounder in the Pac-12 Conference. In his best game of the season, a double-overtime victory over Stanford, 86-81, Looney had 27 points with 19 boards.

Powell, who took the new non-traditional path to the draft using all four years of his eligibility, started 75 consecutive games for UCLA. He played in 141 total games.

Powell led the Bruins with 16.4 points per game this past year and has also received his bachelor's degree in history. The 6-foot-3, 215-pound guard is primarily seen as a second-round talent.

The Bruins have had at least one player selected in the first round the last two years.