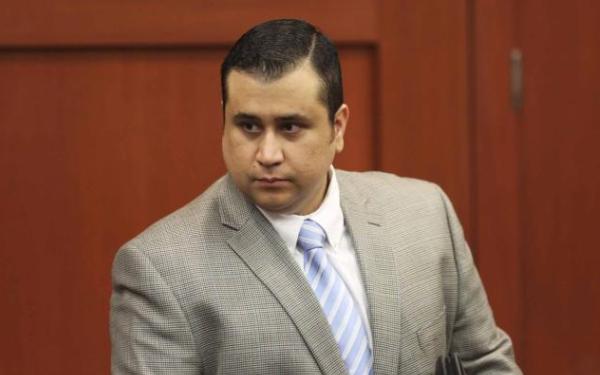 George Zimmerman, who has had a series of legal scrapes since he was acquitted in the death of Trayvon Martin, was involved in a shooting in Lake Mary, Fla., police said Monday.

Zimmerman had a confrontation with a man named Matthew Apperson, who reported the shooting to 911, Lake Mary Police Officer Bianca Gillett said at a news conference. Zimmerman was not the shooter, she told reporters.

Last September, Apperson had a confrontation during what police said was a road rage incident. No charges were involved.

Gillett says investigators have not determined how or why the latest confrontation took place.

Attorney Don West, who represents Zimmerman, told the Associated Press that a bullet missed Zimmerman's head. Zimmerman was sprayed with glass from his vehicle's windshield and other debris, said the lawyer who added that Zimmerman was treated and released from a hospital.

Zimmerman, 31, shot and killed Martin, an unarmed black teenager on Feb. 26, 2012 when Martin was returning from a Sanford, Fla., convenience store where he had purchased a soft drink and a package of Skittles candy. The shooting of Martin became a national issue prompting demonstrations and a fierce debate about the profiling of black teenagers.

Zimmerman, a former volunteer with the neighborhood watch, was charged with second-degree murder. He argued that he had shot Martin, 17, in self-defense and was acquitted in July 2013.

This past January, Zimmerman was accused of assault by his girlfriend, Brittany Brunelle, but no charges were filed after she dropped her allegation.

He was also arrested in November 2013 on domestic violence allegations after his girlfriend at the time, Samantha Scheibe, called police. Scheibe later recanted her story and charges were never filed.

In September 2013, Zimmerman was accused by his then-estranged wife, Shellie Zimmerman, of smashing an iPad during an argument at the home they had shared. No charges were filed.

US News
California gunman was ex-Marine who might have suffered from PTSD, sheriff says
917 views

US News
Rates of 3 STDS in US reach record highs CD says
1,021 views

US News
Trump’s tax cut not for everyone: 1 million Californians will owe $12 billion more next year
2,472 views

US News
Starbucks will close stores to provide racial-bias training to 175,000 US employees
1,757 views