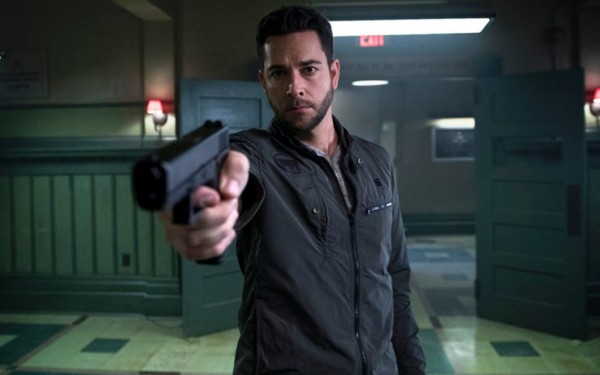 On NBC next fall, the laughs apparently will be few and far between.

The network that gave us "Seinfeld," "Cheers" and "The Cosby Show," unveiled a new lineup on Monday that features only a single hour block of sitcoms that will air on Friday nights -- traditionally the least-watched night of the week.

NBC instead will lean heavily on dramas, including "Heroes Reborn," the highly hyped revival of the supernatural series that aired from 2006 to 2010. The series will air on Thursdays and feature the return of original cast members Jack Coleman and Masi Oka.

Other new fall NBC dramas include "The Blindspot," a thriller about a "vast international plot" that is triggered when a woman (Jaimie Alexander) completely covered in tattoos, is discovered naked in Times Square with no memory of who she is or how she got there. Also, there's "The Player," starring Wesley Snipes about a former military operative turned security expert; and "Heartbreaker," with Melissa George as a fearless heart transplant surgeon.

As for the lone new fall comedy, it's "People Are Talking," starring Mark-Paul Gosselaar. It will be paired on Fridays with the returning "Undateable," which plans to air all-live episodes.

The dearth of comedy on the network that once trumpeted its "Must-See" collection of funny shows reflects the widespread difficulty experienced in recent years by networks trying to establish hit sitcoms. NBC does have some other comedies in the pipeline, including a reboot of "Coach," but they're being held back for midseason.

Other midseason titles include, among others, "Chicago Med" (a spin off "Chicago Fire"), the Jennifer Lopez cop drama "Shades of Blue," and the Eva Longoria telenovela spoof "Hot & Bothered."

Here's the NBC fall schedule, with new shows in CAPS:

10 p.m. -- "BEST TIME EVER WITH NEIL PATRICK HARRIS" (through November)