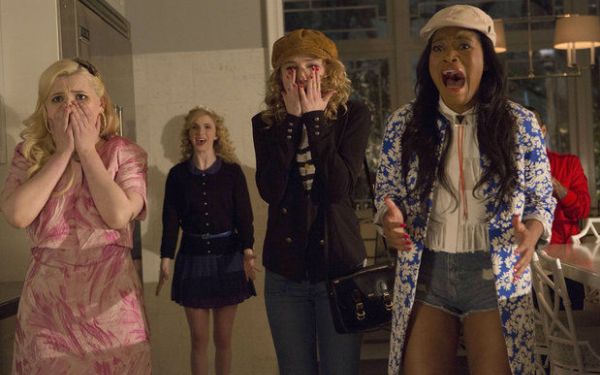 The Fox network on Monday unveiled a revamped fall lineup that features two new comedies headlined by John Stamos and Rob Lowe, and three freshman dramas, including one inspired by the 2002 Tom Cruise movie, "Minority Report."

In addition to presenting its fall schedule to advertisers, Fox announced that "American Idol" will end its run next year after 15 seasons, and that the highly anticipated "X-Files" reboot will debut in January.

The new fall dramas include "Minority Report," "Scream Queens" and "Rosewood." The comedies are "Grandfathered" and "The Grinder."

"Grandfathered" has Stamos playing a bachelor whose life is turned upside down when he learns that he's not only a father, but a grandfather. In "The Grinder," Lowe is a TV lawyer who, when his show is canceled, moves home to join his brother (Fred Savage) at his real law firm, even though he has absolutely no actual experience.

Among the notable moves by Fox: "Sleepy Hollow" shifts from Mondays to Thursdays, where it will air after "Bones," and the sitcom "New Girl" will be held back for midseason. Also, "Empire," Fox's hottest new hit, finds a home in the fall schedule after generating big ratings this winter. It will air 18 episodes.

The "X-Files" reunion will launch on Jan. 24 with a two-hour opener following the NFC championship game. It will then shift to Mondays.

Other midseason series include "Lucifer," based on the DC Comics character; "The Frankenstein Code," about a disgraced ex-sheriff who's brought back to life; "Bordertown," an animated series from Family Guy creator Seth MacFarlane; and "The Guide to Surviving Life," a six-episode comedy about a college grad whose life is filled with terrible choices and fantastic misadventures.

To make room for the new inventory, Fox canceled "The Following," "The Mindy Project," "Backstrom" and "Weird Loners," though "Mindy" may find a new home on Hulu.

Here's the fall Fox lineup, with new shows in CAPS: