Transgender issues: 7 things to know about LGBT movement's next frontier 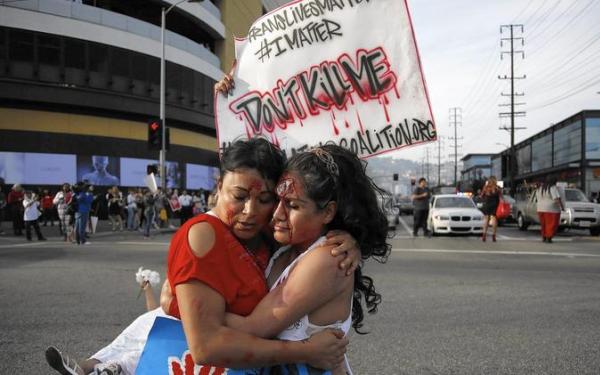 Transgender issues are the next frontier of the lesbian, gay, bisexual and transgender rights movement. A string of high-profile cases, such as a Kansas judge's decision to allow Army Pfc. Bradley Manning to change her name to Chelsea and Olympian Bruce Jenner's televised coming out as a transgender woman, coupled with a series of gay rights victories, have opened discussions of transgender rights.

Here are seven things to know about the trans community.

Gender identity and sexual orientation are not the same; transgender people, estimated to number 700,000 nationwide, can be straight, gay, lesbian or bisexual.

Transgender workers report unemployment at twice the rate of the general population, according to a survey by the National LGBTQ Task Force and the National Center for Transgender Equality.

High levels of unemployment are due, in part, to a lack of protections for transgender men and women in the workplace, the survey said. Just 16 states and the District of Columbia prohibit discrimination based on gender identity. Six others also protect against gender identity discrimination, but only for public employees.

According to a report released this year by the Human Rights Campaign, a national advocacy group, at least seven transgender women have been killed in the United States since January. Thirteen transgender people were killed in 2014.

Suicide also is a problem. According to the 2011 survey, 41% people who are transgender or gender nonconforming said they had attempted suicide some time in their lives, compared with 1.6% of the general population.

Last month, investigators in Ohio officially ruled the death of Leelah Alcorn, a transgender 17-year-old, a suicide. Alcorn walked in front of a tractor-trailer Dec. 28 after leaving a note on her bed that said she had "had enough."

A note posted on her Tumblr blog read, "My death needs to mean something.… Fix society. Please."

Transgender inmates are often denied hormone treatments or sex reassignment surgeries. In California, the state attorney general's office is asking a federal appeals court to block a judge's order to provide reassignment surgery to an inmate.

The Justice Department filed a "statement of interest" in the Georgia case, saying prison officials must "treat gender dysphoria just as they would any other medical or mental health condition."

The Obama administration, however, has struggled with the issue. After initially denying hormone therapy and other treatment to Chelsea Manning, who was convicted two years ago for leaking military intelligence to WikiLeaks, the Army relented in February.

The U.S. military bans transgender people from serving openly in the armed forces.

An estimated 134,000 American veterans are transgender, and more than 15,000 trans people serve in the military, according to the National Center for Transgender Equality.

"I'm very open-minded about ... what their personal lives and proclivities are, provided they can do what we need them to do for us. That's the important criteria," Defense Secretary Ashton Carter said in February, during a discussion with troops in Afghanistan. "Are they going to be excellent service members? ... I don't think anything but their suitability for service should preclude them."

Some people say transgender people should not be able to use the bathrooms of the gender they identify with.

In California, one group has proposed a 2016 ballot measure to restrict the restrooms that transgender people can use. The Personal Privacy Protection Act would require people to "use facilities in accordance with their biological sex" in government-owned buildings, including public schools and universities.

The Nevada Assembly rejected a bill last month that would have required students to use bathrooms and locker rooms based on their biological sex. A similar bill in Florida's House of Representatives also died last month.

When Calliope Wong was rejected from Smith College in 2013, she posted the rejection letter to her blog on Tumblr. The women's college said that although her application reflected her gender identity, the federal financial aid form identified her as male.

As a result, the school could not process her application. Wong's rejection sparked conversations in many single-sex institutions about their policies regarding transgender women.

Wong, who is now a pre-med English major at the University of Connecticut, said she does not plan on transferring to Smith.

"I think what is owed is an honorary degree from Smith College, addressed to Calliope Yuktuck Wong, as an honorary member of the Smith Class of 2017," she wrote on her blog.