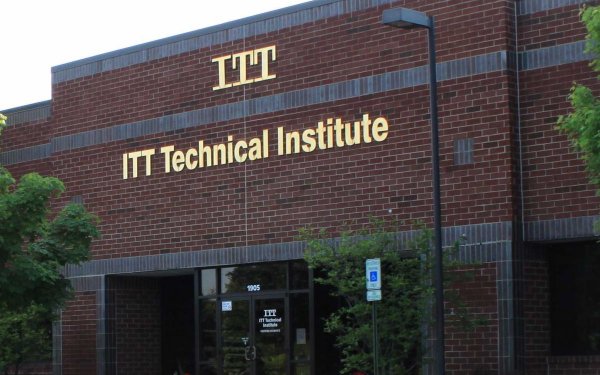 The U.S. Securities and Exchange Commission accused a major for-profit college company of fraud Tuesday, alleging that ITT Educational Services Inc. and two executives failed to warn investors about what it called the dismal performance of two student lending programs.

The SEC complaint marks the latest in a string of bad news for the for-profit college industry in recent weeks. Santa Ana-based Corinthian Colleges Inc. filed for bankruptcy last week after closing more than two dozen of its remaining campuses, following a U.S. Department of Education probe into suspected bogus job placement rates.

The ITT case centers on two private student lending programs the company set up to comply with federal law. For-profit colleges rely heavily on federal student aid because they tend to enroll many low-income students.

Federal regulations require for-profit schools to earn at least 10% of revenue from non-federal money. ITT struggled to come up with the required 10% of private money, according to the SEC's case, so it set up two private funds in 2009 and 2010 to generate the needed cash for students.

Because of the high risk of such loans, ITT guaranteed it would pay the lenders if too many students defaulted. Within two years, however, the program was performing "abysmally," according to the SEC's complaint, leading to high default rates.

Rather than disclose the problems -- which would force the company to make huge payments to outside lenders -- ITT "engaged in a series of deceptive acts" to hide the problems, according to the SEC.

The complaint says the company hid the true extent of the problems using a series of accounting tricks. In some cases, according to the complaint, the company made small payments for student borrowers who were at risk of default -- temporarily delaying the loan defaults, but masking the company's ballooning obligations.

ITT also understated the total amount owed in presentations to investors, according to the complaint, leading analysts to believe the company was in much stronger financial shape.

In a statement, ITT said it was "deeply disappointed" with the SEC's "mistaken" decision to bring the case. The company said it had conferred with outside experts on the accounting issues to ensure its methods were "reasonable and appropriate."

The company operates 15 ITT Technical Institute campuses in California, including eight in the Southland.

Most of the students couldn't pay off the loans in time, according to the agency, so ITT pressured students into repackaging the debt into private loans with interest rates of more than 16%.

The suit alleged that financial aid employees received incentives based on how many students they could steer into the private loan program. Some counselors threatened to expel students if they refused to sign up for loans, according to the suit.