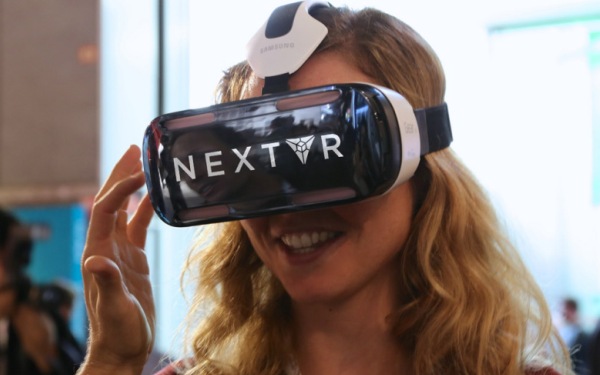 Dodgers and Golden State Warriors co-owner Peter Guber thinks he’s found a way for millions of people to share the best seat in a stadium. On Wednesday, he announced a multimillion-dollar investment, hoping to steer a new live stream virtual reality technology from testing to profit machine.

“How does it fit into the economic engines of the league and media companies?” Guber said. “These rules and determinations will be made by the leagues, the team, broadcast groups, but those are just speed bumps. There’s no stopping the fact that this is engaging technology.”

The NBA gave permission to Guber and NextVR to broadcast a Warriors game in March, and Guber said he was “thoroughly enthralled” with the experience. Unlike a traditional TV broadcast, a virtual-reality viewer could tilt his or her head to see different scenes at the arena whenever desired. It makes them a participant in the broadcast, Guber described.

“You can be in Bangor, Maine, and be in Oracle’s best seat,” he said, referring to the Warriors’ arena. “It gave such a great deal of proximity.”