UCLA's Anderson school to get $100-million gift from namesake's widow 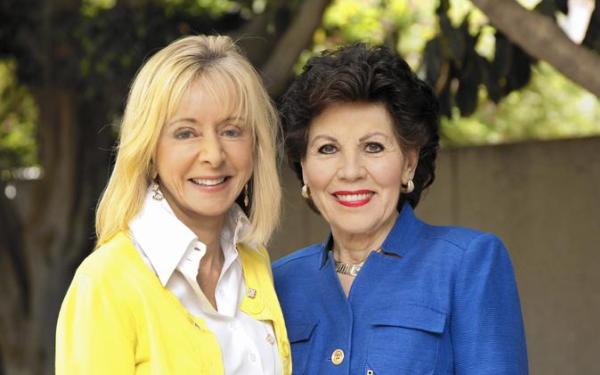 UCLA's graduate management school will receive $100 million from the widow of its namesake, businessman John Anderson, officials are announcing Thursday.

Marion Anderson made the donation as the UCLA business school has become mainly self-supporting; it no longer receives state funds for master's degree programs and relies more heavily on donors.

The gift will be split: $60 million will establish an endowment for financial aid, faculty stipends and research, and the remaining $40 million will go toward about half the cost of a new building projected to be built next door to the current complex.

The Anderson gift, among the largest donations in UCLA history, will also help with UCLA's campaign to raise $4.2 billion by 2019, the centennial of the university's founding. With the new gift, UCLA has received about $1.9 billion in donations and pledges.

Marion Anderson said that she hoped a larger endowment and expanded facilities would allow the Anderson School of Management to compete with other business graduate schools that have more resources.

"It is important to have the best faculty we can possibly have and to give our students the best education they can have," she said in an interview.

The school was named after John Anderson, a billionaire businessman and UCLA alumnus, in 1987 when the couple donated $15 million. Including the new gift, the Andersons have given $142 million in all to the management school, according to the university.

John Anderson, who also attended Harvard's graduate school of business and Loyola University's law school in Los Angeles, died in 2011 at 93. He was the founder and chief executive of the privately-owned Topa Equities Ltd., a Century City-based holding company involved in insurance, real estate, wholesale beverage distribution, automobile dealerships and manufacturing. Marion Anderson is now chairwoman of the company.

The Anderson school enrolls 720 full-time and about 1,200 part-time students in its degree studies plus about 3,000 more in other programs, according to its dean, Judy Olian. The Anderson campus also offers some undergraduate courses but does not give undergraduate degrees.

After lengthy debate, UC system leaders in 2013 approved the plan that turned the MBA programs into a self-supporting unit that depends on tuition and donations — without the $8 million or so in annual state funding it had received. Supporters of the plan, including Olian, said the change would allow for more flexibility and donations, while critics said it would privatize part of a public university. The final plan maintained some central UC control.

Olian said the new funding system creates a "clarity of need" for donations and that she hopes others "will view the Andersons as real beacon in the way one gives and supports these kinds of causes at UCLA."

The bequest has created "a moment of celebration and we are very grateful," she added.

The largest gift to UCLA was $200 million in 2001 from entertainment industry mogul David Geffen to the medical school then named after him. In 2012, Geffen gave an additional $100 million for medical student scholarships.