The CW's new lineup: 'Arrow'-'Flash' spin off held for midseason 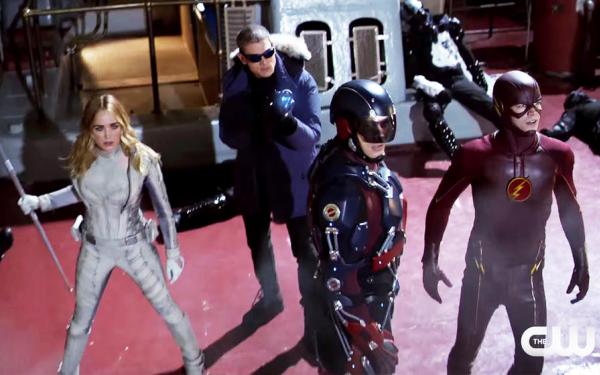 Fans of "Arrow" and "The Flash" will have to wait a little longer than expected for The CW's superhero spin off of the two shows. The network announced on Thursday that "DC's Legends of Tomorrow" is being held for midseason.

In fact, The CW will launch only one new show this fall, the dramedy "Crazy Ex-Girlfriend," about an unhappy lawyer (Rachel Bloom) who quits her job and moves across the country to California looking for love. It will be paired with "Jane the Virgin" on Mondays.

Otherwise, The CW's fall lineup looks pretty familiar. The only significant change is that "The Originals" will be moved to Thursdays, where it will be part of a fang-tastic two-hour block, along with the show that spawned it: "The Vampire Diaries."

Also of note: "Reign" is being shifted from Thursday to Friday.

On deck for midseason are the new drama "Containment," about a mysterious deadly epidemic that strikes Atlanta, and returning shows, "The 100," "Beauty and the Beast" and "Whose Line Is It Anyway?"

Shows not making the cut include "Hart of Dixie" and "The Messengers," which were both canceled.

Here's a look at The CW's fall lineup with the new show in CAPS: