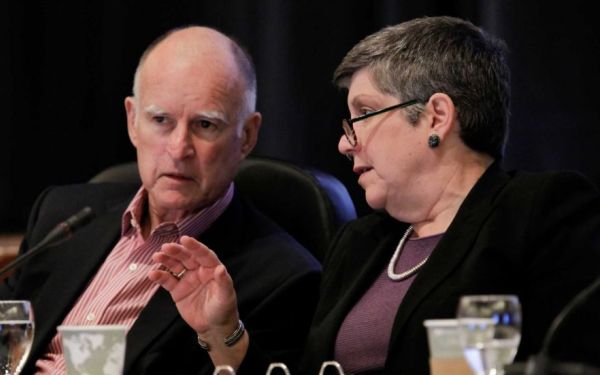 Gov. Jerry Brown and University of California President Janet Napolitano have struck a deal to stave off tuition increases for two years.

Brown in January had proposed an additional $120 million for the cash-strapped UC system. Napolitano had said that wasn't enough, and she and the Board of Regents authorized raising tuition by 5 percent in each of the next five years.

Under the new proposed deal:

The state gives UC a 4 percent base budget increase in each of the next four years.

The state pays $436 million over three years — including $96 million in 2015-16 — toward UC's $7.6 billion in pension liabilities. This comes out of funds set aside for debt repayment under Proposition 2, the Rainy Day Budget Stabilization Fund Act approved by voters last year.

The state spends $25 million for deferred maintenance and $25 million from the state's cap-and-trade carbon emissions program to support energy efficiency at UC.

UC's regents can increase out-of-state tuition by up to 8 percent per year.