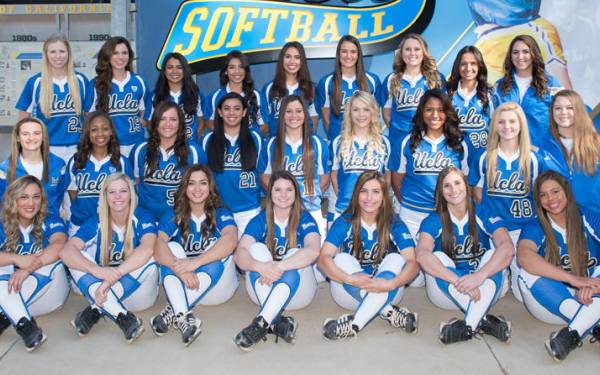 Going a half-decade without a national championship isn’t a drought in most places. But UCLA is not most places.

This standard spans across the entire athletics program, one that proudly trumpets its record 112 NCAA titles. In that respect, the Bruins’ softball team can more than hold their own; they have 11 trophies, more than anyone else in the country.

Still, UCLA hasn’t won a Women’s College World Series since reeling off 10 straight postseason wins in 2010. It hasn’t even made it back to Oklahoma City. The last four seasons have ended in either the NCAA Regional or Super Regional; one more similar exit, and the program will match its longest championship-less streak.

“They have that conviction that, there’s no option,” said head coach Kelly Inouye-Perez. “Sometimes, that’s what you need.”

The next step back toward the mountaintop starts Friday at 5:30 p.m. The No. 7-seeded Bruins (45-10) will open the NCAA Tournament on Friday against Cal State Northridge, hosting the NCAA Regional at their own Easton Stadium.

Win that game, and they’ll face either San Diego State or Texas at noon Saturday. UCLA has experience against both, beating the former on Feb. 8 but losing to the latter 11 days later. For now, Inouye-Perez sees little purpose in looking ahead to potential opponents.

She is more concerned about her own group, one that she says reminds her of her 2010 championship team. Like that roster, this one has a strong class of seniors, and a firm culture of winning.

And they remember what it’s like to fall short. Last season, the Bruins posted a 19-5 record in conference play, their best since 1999. They won their first four postseason games by a 22-4 advantage — then lost two to Kentucky by a combined score of 14-4, ending their season.

This year, UCLA has leaned even harder on Ally Carda, only the fourth Bruin to ever win Pac-12 Player of the Year in consecutive years.

The senior pitcher/utility hasn’t filled out the box score as fully compared to last season: her batting average dropped from .394 to .312, and her ERA rose from 1.90 to 2.28. But stats also fail to capture the full magnitude of her role. In 2014, the team could also afford to turn to a true No. 2 pitcher in Jessica Hall, who pitched 121.1 innings as a senior. This spring, the Bruins alternate two freshmen when resting Carda: Selina Ta’amilo and Johanna Grauer, who have combined for 151 innings. Carda’s 187.2 ranks second in the conference.

“I’ve given the ball to Ally more than I’ve wanted,” Inouye-Perez said.

Despite the bigger load, Carda has developed her game, adding a drop ball to complement her dependable rise ball. Including Carda, seven Bruins made the NFCA West All-Region Team, the most in school history.

But don’t expect much fear in the opposite dugout. CSUN went 10 innings with UCLA back in March, leading for five before losing 6-4. The Matadors (41-15) are making their first postseason trip under fifth-year coach Tairia Flowers, a former Bruin and Olympic gold medalist who has her new team believing they can hang with just about anybody.