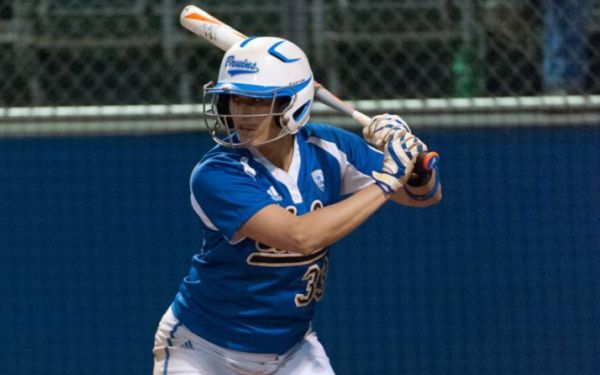 One by one, they broke into tears.

There was San Diego State senior right fielder Kayla Jordan, who was so overwhelmed that she couldn’t answer her first press conference question. Next to her was left fielder Lorena Bauer, who dabbed napkins beneath her eyes. And another spot down was coach Kathy Van Wyck, a single tear streaming down her cheek.

These are the casualties of the most decorated program in NCAA softball.

UCLA ended San Diego State’s season on Sunday, notching an 8-0, six-inning victory and earning its second straight trip to an NCAA Super Regional. After winning three straight to open the postseason, they will return to Easton Stadium next weekend to host No. 10 Missouri.

Heading into the afternoon, few signs pointed to an Aztecs upset. The Bruins were more talented, seeded No. 7 in the NCAA Tournament, and playing at home with the second-best hitting roster in the country. They had already won two games in the regional with relative ease, dispatching a pair of starting pitchers before the end of the third inning.

Erica Romero wasn’t about the give them much more trouble, particularly not with a weary arm. The sophomore was a workhorse this season as San Diego State’s only reliable pitcher, entering the weekend with 291 1/3 innings under her belt. She opened the regional by tossing 121 pitches on Friday, then another 237 through two games on Saturday.

Against UCLA, she threw another 117 pitches, lasting 5 1/3 innings and giving up eight runs. When she finally exited the game, Aztecs fans broke out in applause behind the third-base dugout.

“She’ll tell me every day, ‘I’m fine,’ ” Van Wyck said. “But her knees are killing her. Her back’s killing her. I know she’s hurting.”

The Bruins (48-10) jumped on her from the very first at-bat. Batting leadoff, shortstop Delaney Walker worked her way to a 3-2 count, then hammered the ball beyond right field — her team-best 19th home run of the season.

The next inning, Romero couldn’t find her command. After giving up a leadoff single, she walked two batters in just 10 pitches to load the bases. Then she walked Pac-12 Player of the Year Ally Carda, plating UCLA’s second run.

The Bruins piled on with three more home runs: in the fifth, a two-run homer by Gabrielle Maurice; in the sixth, a solo shot by right fielder Kylee Perez and a three-run shot by catcher Stephany LaRosa.

UCLA entered the weekend having hit 72 home runs in 55 games, an average of 1.31 per contest. They have slammed 10 out of the park in their last three, sweeping through the NCAA Regional with at least three homers in each game.

“Our goal from the start is to be able to play our best at the end,” said UCLA coach Kelly Inouye-Perez.

The stakes are high now, with the Bruins aiming to return to the Women’s College World Series for the first time since their 2010 title run. Still, there is a sense of calm whenever the players speak. They’re hitting .342 in the postseason — comfortably above the .309 they posted in last year’s regional — but nothing feels forced.

“Against any opponent at this point, you can never put too many runs on the board,” said LaRosa, who has the second-most career home runs in UCLA history. “That’s our mentality every inning when we step in the box. We’re trying to win every inning as a team, whether that’s taking balls, swinging at good pitches, just ultimately trying to throw punches. …