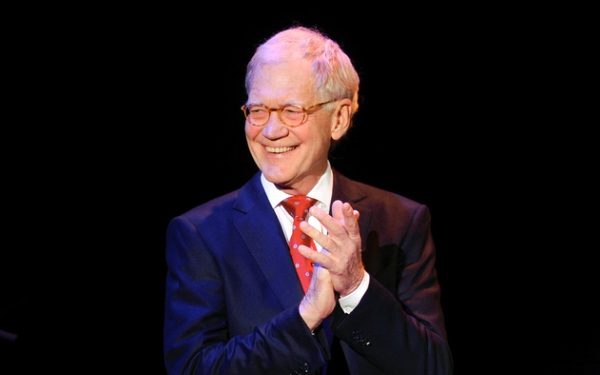 As David Letterman prepares to bid farewell to late-night television, admirers everywhere are in a reflective mood.

"Dave affected me as much as anybody, and showed me what is possible in comedy," says sitcom star and "Saturday Night Live" alum Will Forte.

Forte, who grew up in Lafayette, lived out a dream in 1997 when he began a brief stint as a staff writer on Letterman's CBS show. "He's been a such a big part of my life that it's going to be very weird not to have him on my TV screen anymore," he said.

Millions of viewers clearly feel the same way. In honor of Letterman's legendary, 33-year late-night run, and in homage to his most durable running gag, we count down -- with input from Forte and others -- the Top 10 reasons why we'll remember him fondly.

10. He made it look easy: The laid-back, casual feel associated with Letterman's show belied the substantial sweat that went into it.

"It's hard to describe," Forte said. "I call it 'painstakingly carefree.' I know those two words fight against each other, but that's really it. He and his collaborators worked really, really hard to make it all feel effortless."

9. Not your father's late-night show: Though Letterman was one of Johnny Carson's biggest fans, he eschewed the slick showbiz approach to talk shows that Carson had perfected, and brought an irreverent, untamed quality to late night.

"With Johnny, you watched because you were being allowed into the sophisticated world of show business, which was polished, elegant and cool," Rob Burnett, Letterman's longtime producer, told the Hollywood Reporter. "With Dave, it was a brilliantly funny clubhouse."

8. Crazy-quick on the uptake: Some of the best moments on the show, Forte recalled, came when things went off script and didn't go as planned, forcing Letterman to improvise.

"That's when you got Dave doing his thing -- when it turned awkward and imperfect," he said. "He was so unflappable. He had the perfect thing to say every time."

7. He had the music in him: From Paul Shaffer and his rollicking house band on up, Letterman has displayed a wide-ranging musical appreciation. All the big names performed on the Ed Sullivan Theater stage (U2 sat in for a week), but so did lots of emerging talents.

Dave Grohl of the Foo Fighters told Entertainment Weekly he loved watching Letterman as a kid "because he always had cutting-edge artists perform, much more than any other television show. ... I remember seeing bands that you wouldn't see anywhere else."

6. Rock 'em, sock 'em television: Letterman was never afraid to veer away from his guests' approved topic lists and cut through the phoniness. It often led to friction. He had testy run-ins with Cher, Madonna, Bill O'Reilly, and there was that famous feud with Oprah.

When GQ magazine asked Tina Fey for her favorite Letterman moment, she recalled a 2007 interview in which he mercilessly grilled Paris Hilton about her time in jail. Said Fey, It was "a masterful dismantling of a phony."

5. He was an original comic genius: There's a long list of laugh-reliant entertainers who acknowledge that they owe a huge debt of gratitude to the late-night innovator. How huge? In a passionate, thoughtful essay for Entertainment Weekly, Conan O'Brien wrote, "Not one single writer-performer in the past 35 years has had Dave's seismic impact on comedy. ... Dave was a true revolution and I believe his innovations are up there with the light bulb and the Twix bar."

4. The joy of goofy: Stupid pet tricks. The man-on-the-street interviews. The Velcro suits and elevator races. The time he worked the drive-thru at McDonalds, or sent his mom to report from the Olympics. Clearly, Letterman wasn't afraid to get down and be silly.

Writes TV Guide critic Matt Roush, "This is the guy who gave us the Monkey Cam, who threw watermelons and other projectiles off rooftops just so we could laugh at the chaotic debris."

3. That infectious laugh: Not only could Letterman make viewers and guests howl in delight, he chortled and chuckled right along with us. Newsday's Verne Gay insists that Letterman "had one of the greatest laughs in TV history" -- one that " ... was a comic benediction on whatever or whomever he thought genuinely funny in the moment.

"Carson had this gift of laughter, too," Gay added. "Dave had the broader range."

2. It's OK to share. Letterman didn't refrain from showing vulnerability. His most memorable shows were the heartfelt ones in which he expressed his post-9/11 anguish, or honored the doctors who performed his multiple bypass surgery, or openly addressed his infidelity.

"Here was a funny guy who you thought you knew so well. And suddenly he was sharing another side of himself," Forte said. "Moments like those were some of the most honest, emotional and powerful I've ever seen on television."

1. Two words -- everyman appeal: From the start, the gaptoothed Indiana native didn't look like your Ken Doll TV host, and didn't act like one either. He could be as cranky as he was charming, as insecure and self-loathing as he was smart and confident. TV critic Ken Tucker once called him the "most-human talk show host of his generation."

And as President Obama, during his final visit, told Letterman: "You're part of all of us."